Earlier this week, the Quebec Supreme Court upheld all but 2 elements of Bill 21, which bans the wearing of religious symbols by public sector employees. With the exception of English schools and the provincial legislature which are exempt because of special protections, public sector employees who hold positions of influence including teachers, police officers, government lawyers and judges, to name a few, are no longer able to wear their hijabs, turbans, yarmulkes, or other religious symbols while on duty.

In his ruling, Justice Blanchard stated, “There is no doubt that Law 21 has serious and negative consequences for all people who wear religious symbols in public.” And he acknowledged the burden for those whose jobs are affected by this law. “Either they act according to their soul and conscience, in this case their beliefs, or they work in the profession of their choice. It is easy to understand that this is a cruel consequence that dehumanizes the people targeted.” The judge clearly disliked the law but felt unable to overthrow it due to Canada’s unusual “notwithstanding clause” that allows legislatures to override human rights.

The impact is not just limited to those who must choose between their religious practices or their jobs. What is lost as a society is representation and an opportunity for inclusion. School children may never see a teacher who looks like them, a police officer might not have the opportunity for an enlightening conversation about religion with a colleague, and a young person may not feel their world view is represented within the legal system. What message does that send and what goal does that achieve? 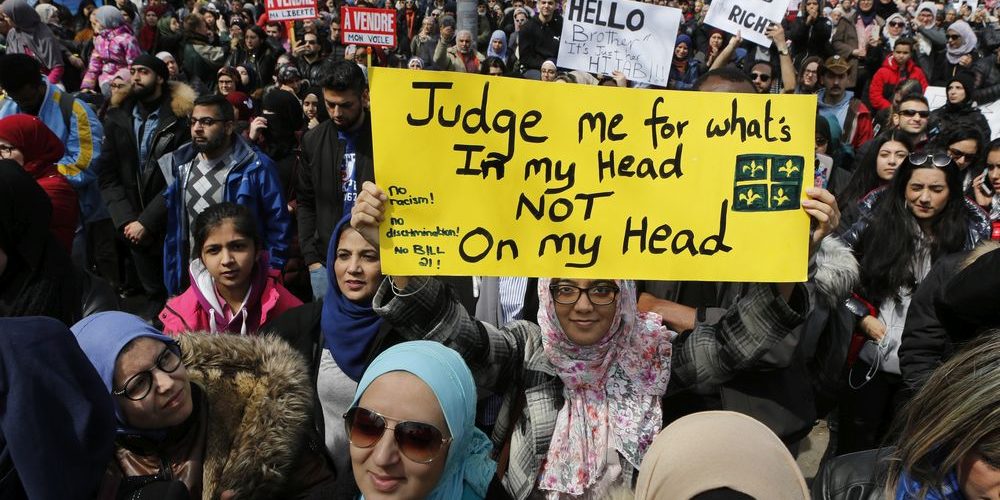 The experience of being seen and understood is powerful. Following a recent presentation I made to a large police service, I received an email from one of the participants. They wrote to tell me how much they appreciated my presentation on Wicca:

“Listening to you speak and explain things I do as part of my daily life, validated me, my beliefs and reassured me others are becoming sensitive and open to different ways of connecting to the Universe.”

While we have permission to share the quote, we committed to keeping the participant’s identity concealed to protect their career. It is not lost on me that this participant was so excited to share about their faith in the context of the work I do because it represented a safe and inclusive space. But, despite the commendable work the employer is doing on diversity training, this employee does not feel it’s appropriate to be wholly seen in the workplace.

Representation matters for all of us. By creating safe spaces to understand and celebrate diversity and all the richness it contains, we avoid falling victim to the impact of a single story and we untangle bias, misunderstanding and fear. We create the opportunity for real connection. And taken to the extreme, we may disarm the prejudice that puts our colleagues, neighbours, and friends in danger as we saw this week in Indianapolis and that we have seen here at home. However, we can’t place the burden of representation on those who struggle or are afraid to be seen. We must work collaboratively to create a welcoming space for that representation to blossom.

Ironically, April is Diversity Month, a time set aside to celebrate the richness of the world’s religions, cultures and races and my intention this week was to write about what we can do within our workplaces, institutions, and organizations to assess how well the places we work and volunteer at are doing welcoming and supporting religious minorities. I’ll pick up that thread next week. Because in light of the Quebec judgement, I think that it is more important than ever to offer one another encouragement to create a more inclusive community where belonging is our goal.

We still have so much work to do.