Diwali – From Darkness to Light

Today marks the start of the five-day festival of Diwali, Hinduism’s most popular festival and one that tells us much about the Hindu tradition and Indian spirituality. Let me highlight three things.

First, there is no one single story attached to Diwali. As I wrote recently about the festival of Navratri, Hinduism is an organic tradition, not a centrally organized one, where the story attached to a particular event can vary by region. Multiple stories can exist side by side both in India and in the diaspora.

Second, Hinduism is marked in many ways by ritual and practice as much as beliefs. Westerners tend to see belief as the core of religiosity (a matter tied to European history that I will write about sometime), but India does not share Europe’s history and rituals here take on more prominence. Hence, while the stories cited may vary throughout the subcontinent, some key practices are more ubiquitous: people clean and decorate their homes; women especially often create beautiful images from coloured powders, rice and/or flowers called rangoli; and diyas (lamps) are lit both inside and outside to emphasize the victory of light over darkness, knowledge over ignorance, and good over evil.

Third, this emphasis on light and knowledge emphasizes the central problem that Indian religions try to address. In Christianity, the central problem – the reason Jesus must die – is identified as sin. Sin highlights the will and intentionally doing wrong. Indian spiritual traditions more often see the central problem as ignorance. The notion here is that if one leads a selfish life and treats others badly, not only is this wrong, but it’s ultimately self-defeating, leaving one with impoverished relationships and a less cherished life. So why be selfish if, in the end, it makes your life worse? The answer: sheer ignorance. The goal therefore is to shed ignorance and bring in the light.

This is why Hindu teachers are called gurus, a term that means going from darkness to light. It’s why the Buddha was not saved but enlightened (notice the embedded light metaphor for erasing of ignorance). And it’s why close to a billion Hindus will, in the coming days, light lamps both in India and abroad. 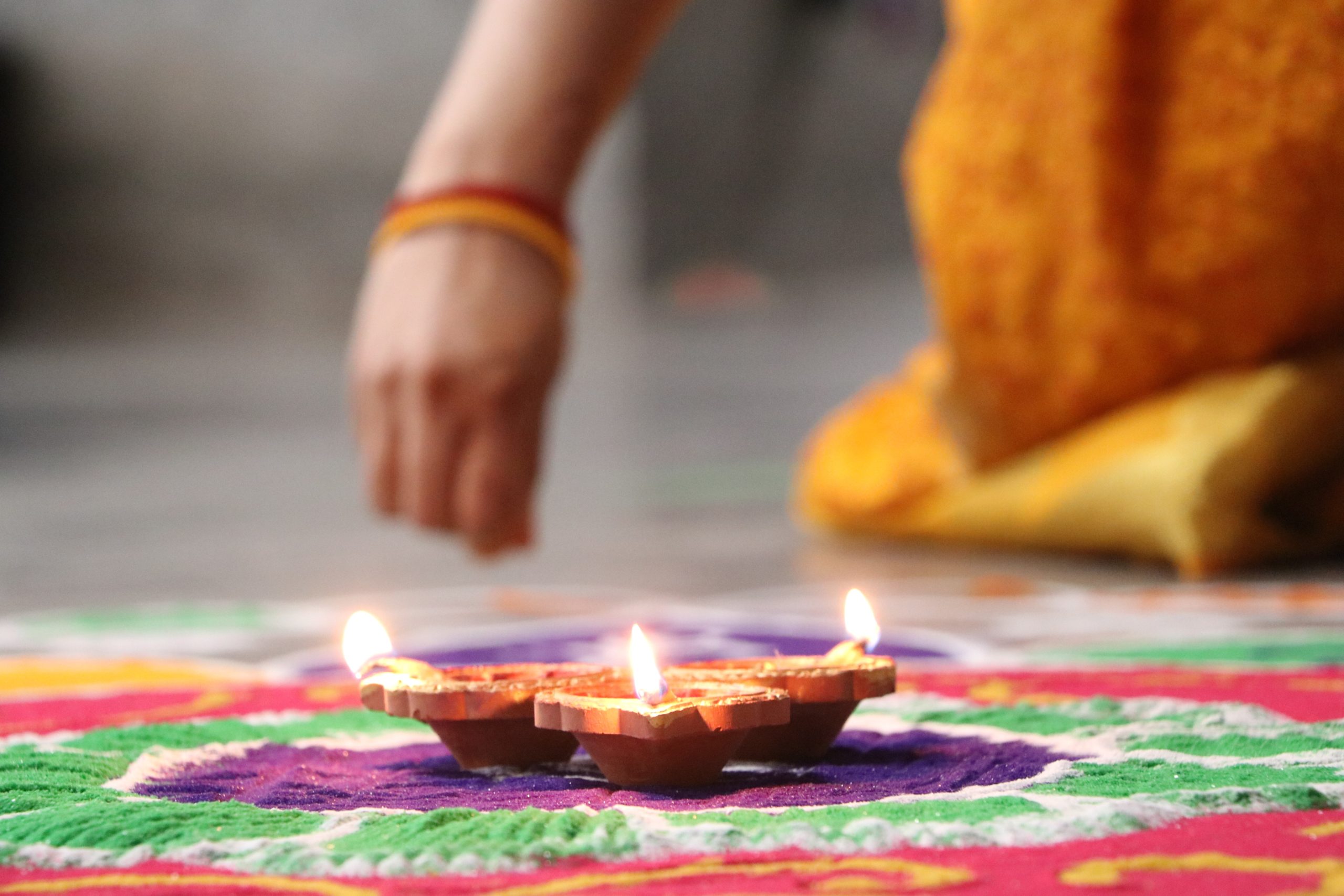 Rangoli images are made of fine powders, coloured sand, coloured rice, and/or flowers. They can be patterns or images.