Navratri is a 9 day festival in Hinduism, celebrated throughout India, this year running from Oct 17 to 25. What is most interesting is that the festival’s meaning can vary in different parts of the country. In some areas, it celebrates the exploits of Rama, the protagonist of perhaps Hinduism’s most famous story. In much of India though, Navratri is about Mother Durga, a goddess who defeats a Buffalo Demon. In all cases, the festival celebrates the victory of Good over Evil.

That the stories would vary so much is quintessentially Hindu. People used to Christianity or Islam are more accustomed to traditions that are doctrine-focused. They offer a consistent and interconnected set of teachings and stories that form the underpinning of the whole tradition. To vary the stories is to pull the whole structure down.

Hinduism is less focused on doctrinal coherence. Instead, its foundations lean more heavily on ritual, customs, and certainly the telling of stories – but such stories do not always fit together in perfect alignment. An academic and Hindu friend of mine argues that the word “religion” is a Western term that doesn’t even fit Hinduism. He calls it a tradition instead.

The festival includes dancing, singing, rituals, often fasting but also feasting. There are different colours associated with each day while this link describes which food is offered to the goddess on each day. On a completely different vein, this link describes a backlash that occurred when US Senator Kamala Harris’ niece photoshopped her aunt’s head in place of Mother Durga’s, with Trump as the demon being slayed. Harris has Hindu ancestry but this move garnered criticism on social media. Diverse stories does not mean that anything goes. 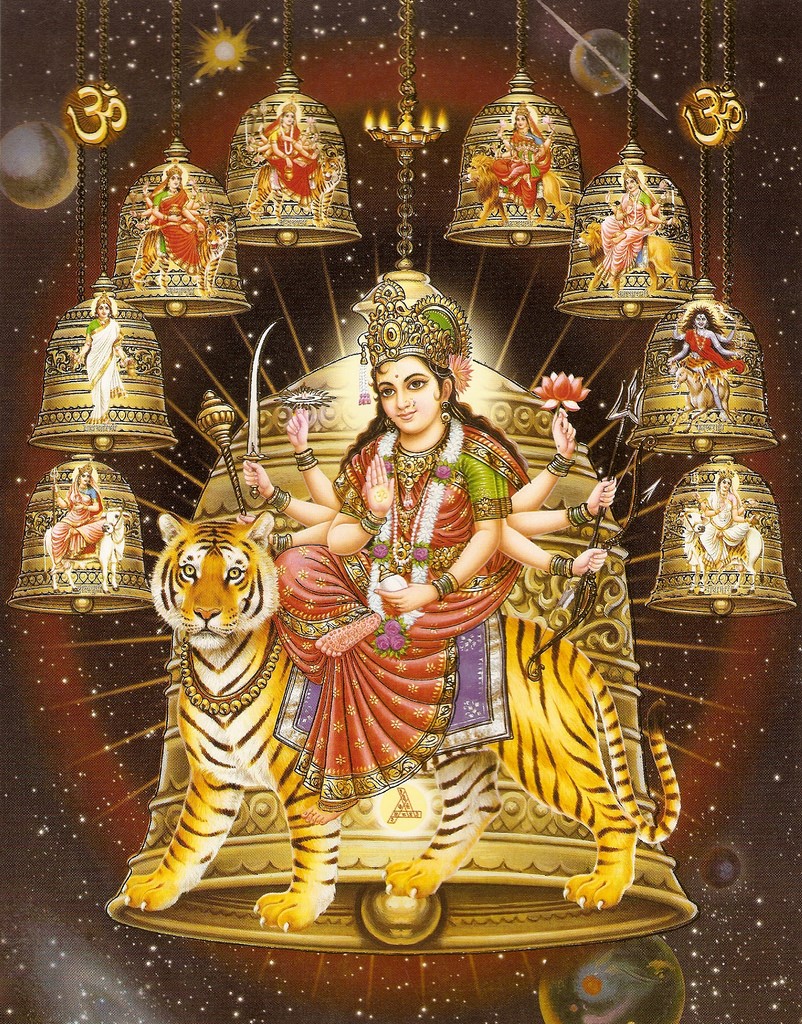 Mother Durga is a warrior goddess with many weapons, who rides a lion or tiger as a symbol of her harnessing of power. She can take different forms and names and here we see nine such forms, one for each day of Navratri.