Religious Freedom and a Healthy Democracy

How should a healthy democracy balance competing priorities while respecting and protecting the rights of minority groups? This question arose recently when a panel advising the Canadian military suggested chaplains from some faith groups should be banned from serving soldier’s spiritual needs. The panel called for the ban because it felt some faith groups do not share the military’s commitment to gender equality and full rights for LGBTQ folks and also because some faiths advocate converting others, a move the panel finds offensive. Suddenly, military members who were Catholic or Muslim might find that spiritual counselling would not be available for them. Thankfully, amidst backlash, the minister rejected the suggestion. While I am relieved the minister rejected the report, the attitude shown by the panel seems to be gaining traction in Canada. This is nowhere more obvious than Quebec’s Bill 21 which prevents people with visible religious garments from simply working as a nurse, police officer, schoolteacher or any other government job.

I worry sometimes that the growing polarization south of the border risks affecting Canadian culture, turning our politics too into a ground war where we go beyond trying to get our policies passed, instead aiming to create less and less space for those we deem wrong. I don’t think that is a good path ethically or for the country’s cohesion. 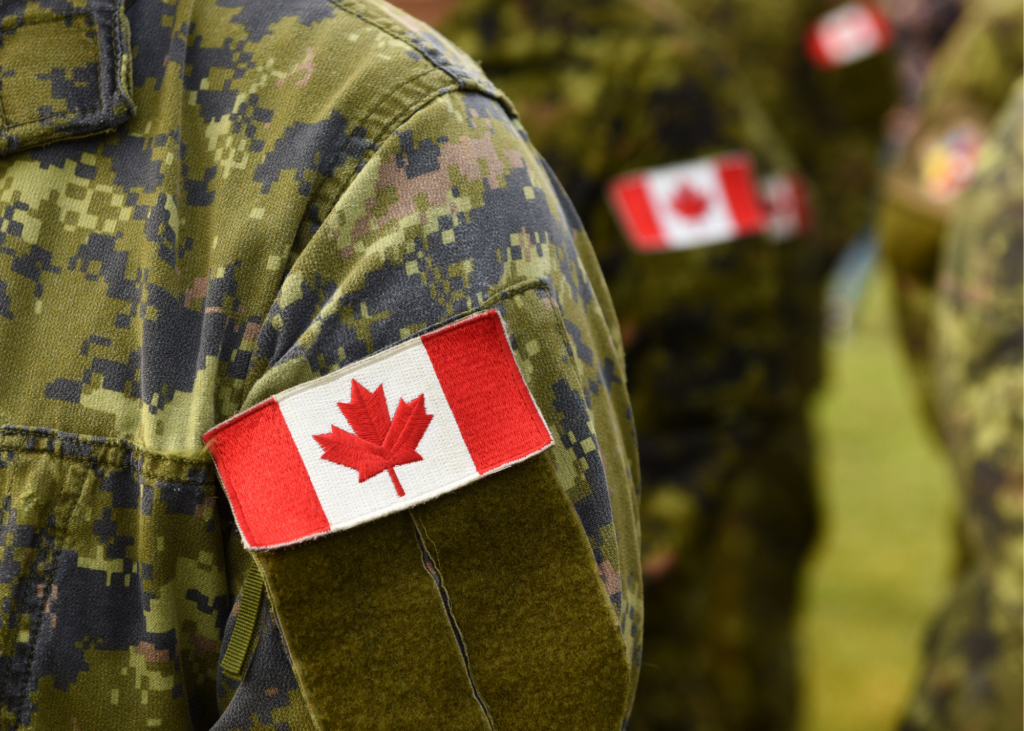 Below, I want to set out some thoughts I have on these issues. These are complicated matters. You may find you agree with some points but not others. Let me know what you think in the comments section.

People are not doctrines: The Catholic Church has a doctrine forbidding the use of birth control. Yet Catholics by the millions absolutely use birth control. Counter to the myth that people “blindly follow” their religions, people inhabit their religion in multiple ways, accepting some things, rejecting others, and creatively adding in outside ideas or their own personal take. In short, there is a giant leap from “this religion doesn’t have female clerics” to “these people advocate sexism” or “we should ban every chaplain from this religion.”

Religious communities are like extended families: I use this analogy a lot when I am teaching. There are gay Hindus, unorthodox Muslims, and feminist Mormons. Feminism and LGBTQ activism have had an unprecedented impact on virtually every religious community. Where possible, we should let these debates play out in these communities. My family might be flawed and I might criticize my Uncle Harry but if you come after them, I will get defensive. In the same way, outsiders making an effort to tell a religious community how it should think and act frequently spawns backlash and undermines the internal voices for change.

Religious freedom is a bit of a canary in the coal mine. Whether in India, Iran, or China, you will find clear patterns in how the granting and denying of religious freedom correlates with the freedom of people more genuinely. Many find religion central to who they are. When we clamp down on that freedom, we deny not mere doctrines but people’s sense that they count in the society.

When possible, persuasion over coercion: Democracies work best when we try persuading our fellow citizens of our point of view and are reluctant to use state coercion to force matters. In some cases, state power is needed to protect someone’s rights such as a lesbian being denied a job or the right to hold her own wedding. This is what a state and our courts are for. But targeting military chaplains is not protecting some citizen’s rights. It makes the state aggressive and coercive. 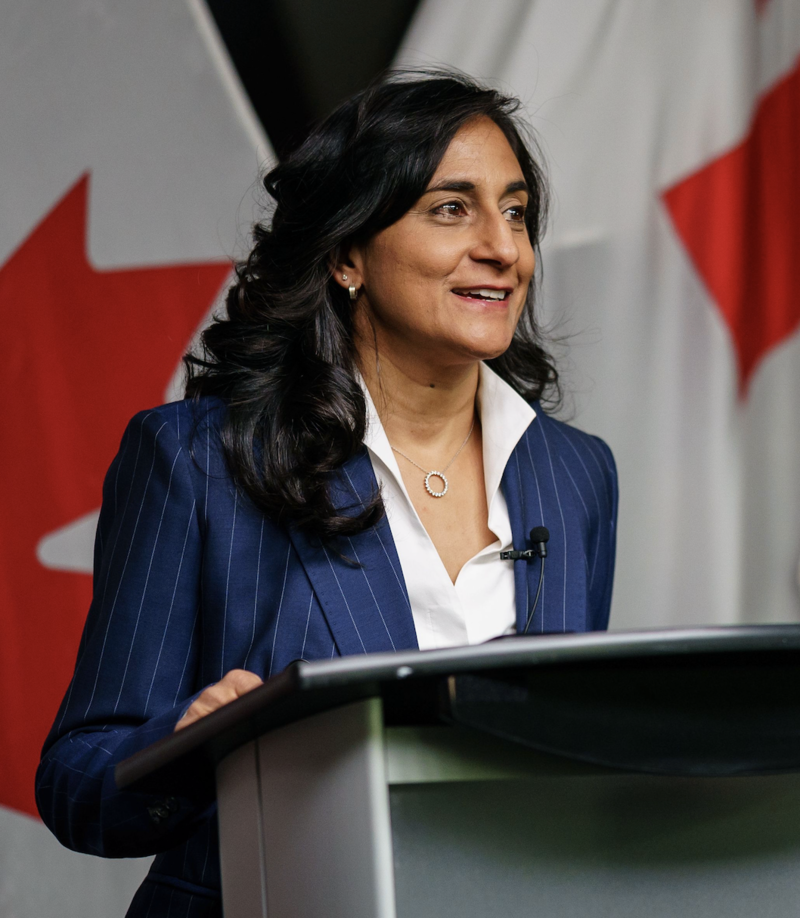 Defense Minister Anita Anand responded to the immediate backlash to affirm that chaplains will still be available for military personnel of different traditions.

Beware of liberal overreach: In the 1960s, liberals in North America challenged societal norms around gender, sexual identity, race and much more. Their argument drew partly on arguments about freedom of speech, the freedom to question dominant norms in order to make room for different ways of living. People who were Jewish or gay deserved to have their rights protected and be left in peace. Today, liberals in Canada are in the ascendant, less often challenging social norms and more often setting them. Will the view that there must be room for people to challenge dominant norms be upheld?

The state should be reticent to judge religions: A secular state should foster freedom for people to follow or not follow any religious or spiritual traditions they wish. The state, however, should strongly resist assessing and judging the worthiness of religions. Again, when people’s rights are being denied, the courts and legislation have a proper place. We have seen court cases on whether a gay student at a Catholic school can bring their date to the school prom or whether a Sikh man can join the RCMP if their turban prevents them from wearing the black hat that comes with the uniform. But in these situations, the state is being pulled in to solve disputes. State initiatives that ambitiously judge traditions, as this military advisory panel did in evaluating traditions on various criteria, should be avoided.

What is a Healthy Democracy? This is a tough one. I think a healthy democracy has to find a very delicate balance between what it simply must ban (overt racism is a good example) with nonetheless protecting a certain amount of divergence of opinion. Democracies ask a lot of us. They ask us to participate, to argue for our causes, but also to live with a certain tension. They ask us, as the political theorist Chantal Mouffe puts it, to see opponents as political adversaries and not moral enemies. Social media and events in the USA have made this more challenging of late I feel. But I think we need to continue to work at creating space for those we disagree with.

This is a very diverse country with people of so many perspectives, religions, identities, and immigrants coming from across the globe. If we are to live together, we will need to make space for differences we can’t always settle. And we need a state that respects those differences and is hesitant to close down that space. 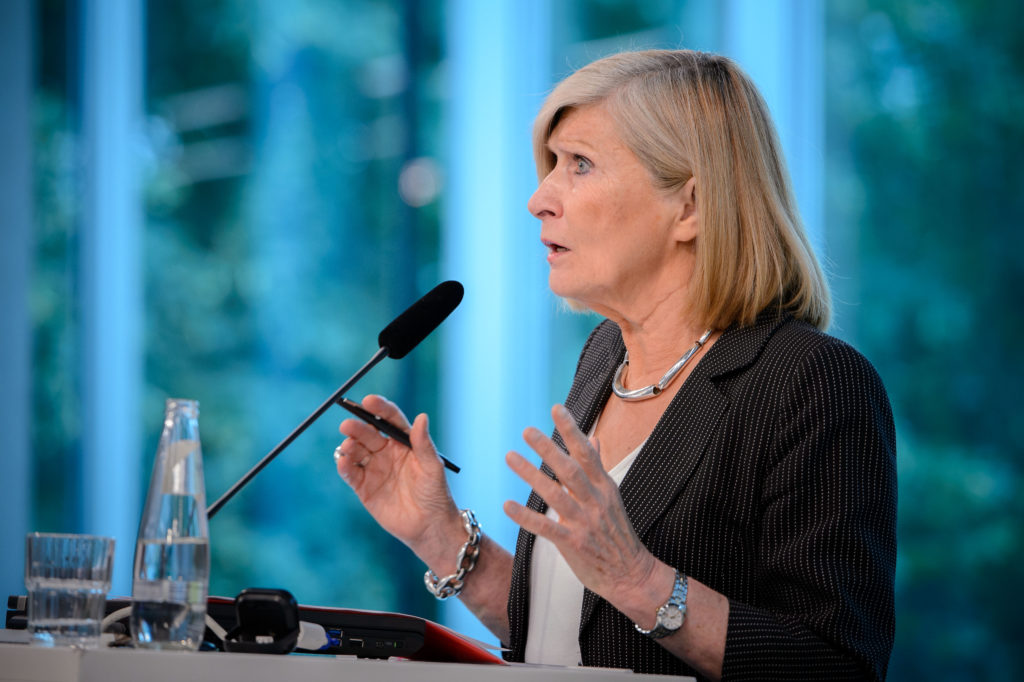 Political theorist Chantal Mouffe argues that the key to democracy is that it shifts opponents from moral enemies to political adversaries. The latter are seen as legitimate in a way the former are not. Photo credit: Stephan Röhl, Chantal Mouffe (University of Westminster, London), https://creativecommons.org/licenses/by-sa/2.0/legalcode