Empathy and the Israeli-Palestinian Conflict

I recently heard a podcast on the Israeli-Palestinian conflict that is perhaps the best thing I have ever come across on this difficult issue. The host, conservative thinker Andrew Sullivan, interviews Yossi Klein Halevi, an Israeli author and peace advocate. Regrettably, there is no Palestinian voice on the podcast but Sullivan is sympathetic to many Palestinian causes and he pushes Halevi, who seems impressive and thoughtful. More than anything, what gripped me was Halevi’s empathy and how it has informed his thinking. Thinking and emotions are not opposites – they work and shape one another. Here is an ethical man whose empathy towards his supposed enemies has generated real insights into the problem. I’ve read some history on this conflict – I am certainly no expert – but below I will share some things that struck me. Whether you know nothing about this issue or follow it yourself, I think you will find value in this conversation and hopefully in my summary below.

By far, the most stunning moment of the interview (to my ears) begins around the 30-minute mark where Halevi explains that, had he been Palestinian, he of course would have resisted the creation of the state of Israel and its ongoing power over Palestinian lives as much as they do. He merely responds that had they been in the Jewish position – having suffered centuries of pogroms and discrimination, coming off the Holocaust, having been homeless and persecuted for untold centuries, and always yearning for their ancestral home in Israel – that they would have acted exactly as Jews did. And here is his insight, an insight I have heard nowhere else but seemed to me to ring with truth: he argues that both peoples suffered from forms of colonialism, discrimination and oppression such that, “Each people was responding in the only way its history would allow them to.” Halevi portrays the conflict as one of dual tragedies. Both have, in some sense, been victimized by horrible circumstances and responded perhaps in the only way they could, leading them to this intransigent conflict. Are they completely innocent? No, he mentions tragedies committed on each side. But neither is simply villainous either, instead acting from hurt and pain in ways that placed them in opposition. 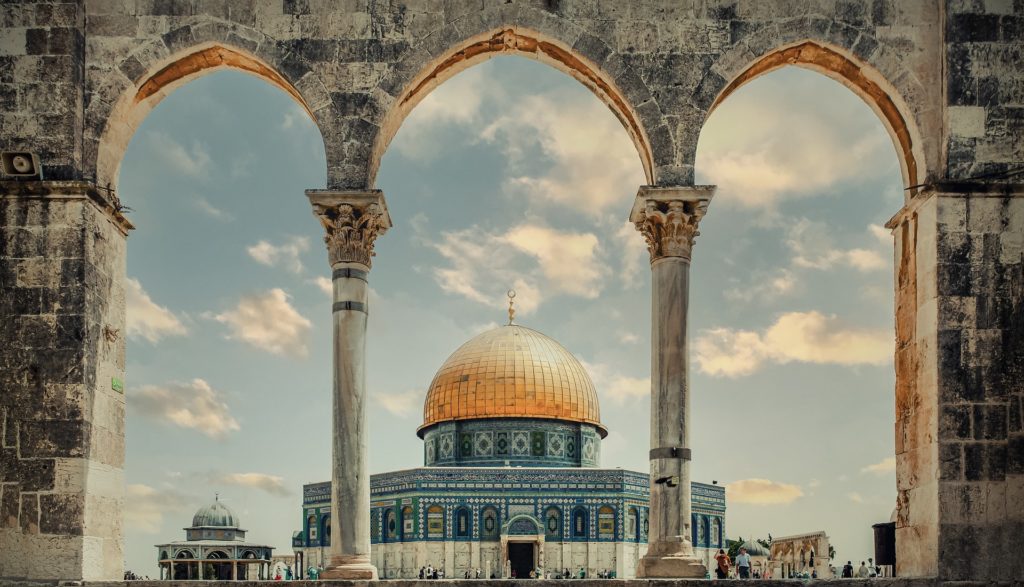 The Dome of the Rock in Jerusalem. Image credit: www.pixabay.com

Of course, peoples and their leaders still have agency but I have come to appreciate as I have aged how our agency is never total. Our agency is always partially limited: by our understandings, our ability to see through others’ eyes; by our anxieties, sufferings and traumas; by our biochemistry; and by the weight of history. I found Halevi’s perspective novel and deeply insightful and I wondered what would happen if more people on both sides saw things this way: that we, Israelis and Palestinians, have been brought here by the brutal history we have each suffered. We have each acted rationally given those sufferings, indeed, maybe the only way we could have. And so, here we are. It would not solve the problems but it might foster empathy and open the door to new thinking.

The Decimation of the Israeli Left

There is more in the podcast. Around the 45-minute mark, Sullivan challenges Halevi quite strongly on the settlers. The settlers are Israeli Jews who move to the occupied territories Palestinians live on, and they settle there, slowly trying to reclaim all of the land for Israel. It is quite unparalleled and not something any other democracy even ponders doing. Sullivan describes the settlements as an abomination, a powerful people taking land from a dispossessed and somewhat powerless people. He pushes this point insistently and well. Halevi has varied responses, not all of which I found convincing (nor did Sullivan) but he acknowledges the moral issue and believes the settlements are a problem. But he also explains some of the psychology of Israelis better than I have heard anywhere else. 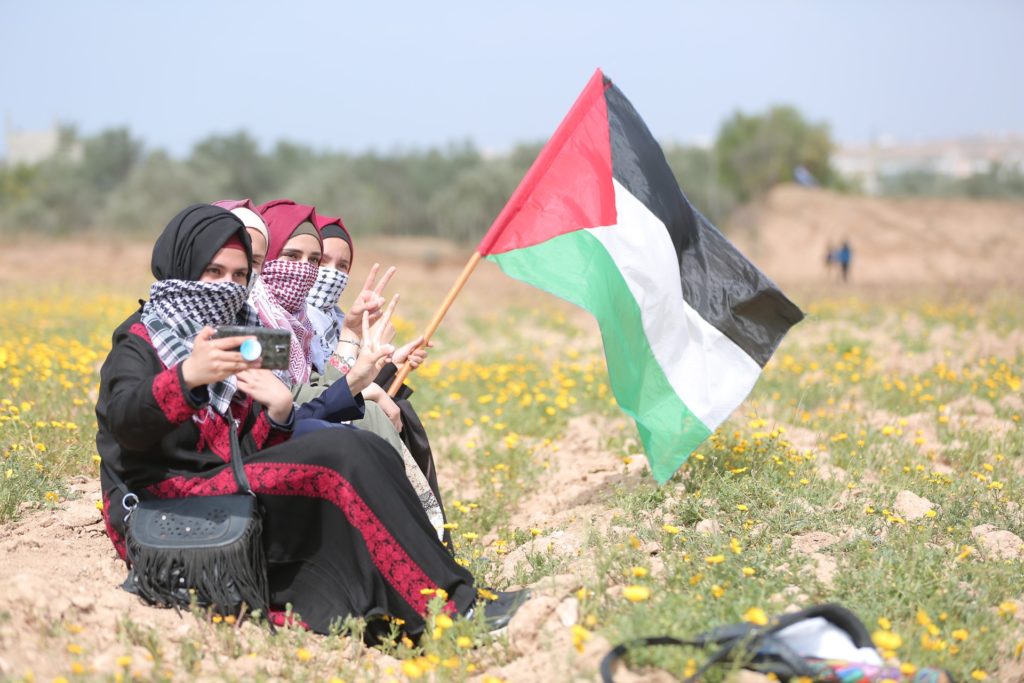 Most notably, he describes how in 2000, Prime Minister Ehud Barak offered what Israelis felt were the most generous peace terms any Israeli leader has ever offered (to Palestinian leader Yasser Arafat), terms some Israelis found shocking. However, not only were the terms rejected, but the following four years were marked by an explosion of violence and suicide bombings that left many Israelis feeling unsafe in public places. He explains that this dual shock, the rejection of the terms followed by the surge in violence, basically destroyed the Israeli left (the side that advocated most strongly for the peace process) and that it no longer has any significant presence in Israeli politics. To be clear, there are others who see those failed negotiations as Israel’s fault. I am in no place to adjudicate that – but it was interesting to hear how it was felt from Israel’s side and to see the fallout in Israeli politics where there really is just a centre and right now, with the left eviscerated. 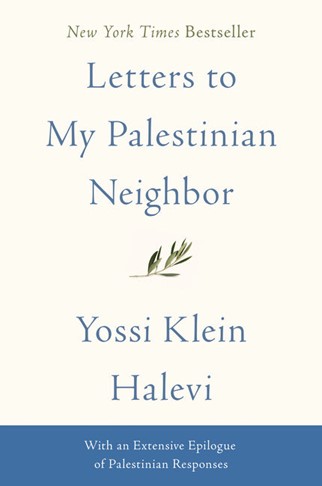 Again, the interview lacks a Palestinian voice but I think anyone would learn a lot. Halevi is, I think, a very good man who has written a book titled Letters to My Palestinian Neighbor where, impressively, he added an epilogue of letters from Palestinians responding to his book, effectively giving Palestinians the last word. Sullivan too, is a good interviewer, interested, respectful but also pressing when he should be, sympathetic to Israel in places but strongly critical in others.

I mentioned you will learn a lot but it’s that other piece too – Halevi’s deep empathy – that is really moving. There’s stuff for the mind for sure; but there’s food for the heart too. I highly recommend. 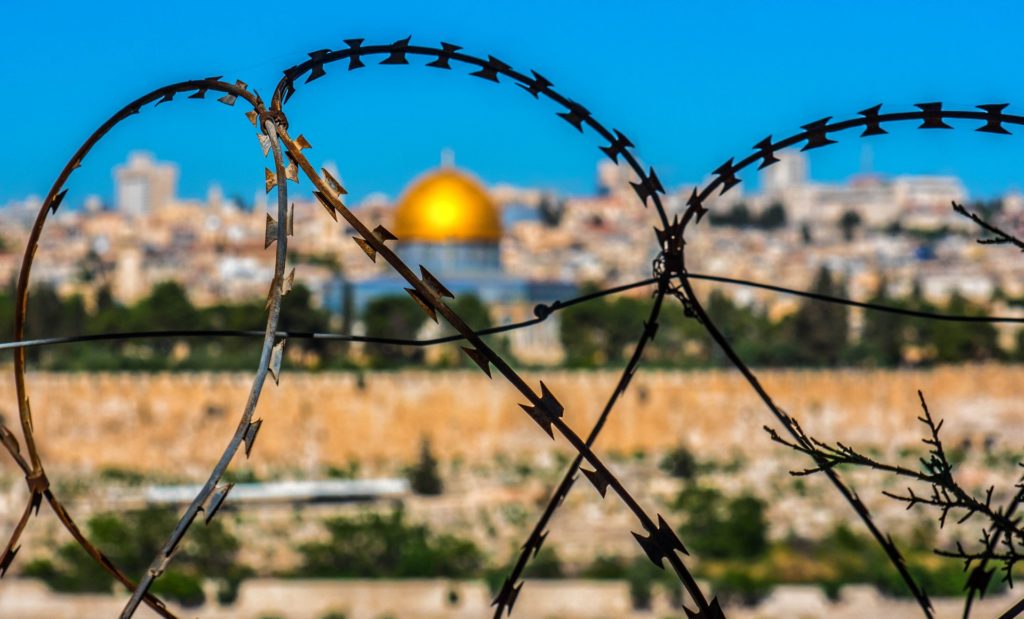