Minorities, Majorities, and Discrimination in Québec

Representation is powerful. Seeing someone like us in positions of authority inspires and creates a sense that we belong, especially if we’re in the minority. Last week, a Québec teacher was removed from her classroom in an attempt to undermine that sense of belonging and inspiration. She had done no wrong – the problem was her being. She is a hijabed woman and under Quebec’s Bill 21, no one can work for the government while wearing visible religious garments. Every turbaned Sikh, every hijabed Muslim, every yamaka-wearing Jew are now barred from being teachers, police officers, professors, judges, nurses or even from working at the office where you get a driver’s licence. Imagine, a whole segment of the population banned from positions of authority. Bizarrely, federal minister Harjit Sajjan and potential prime minister Jagmeet Singh cannot legally teach third grade in Québec.

While much reaction was understandably visceral, there is value to stepping back to understand the subtext behind this situation. 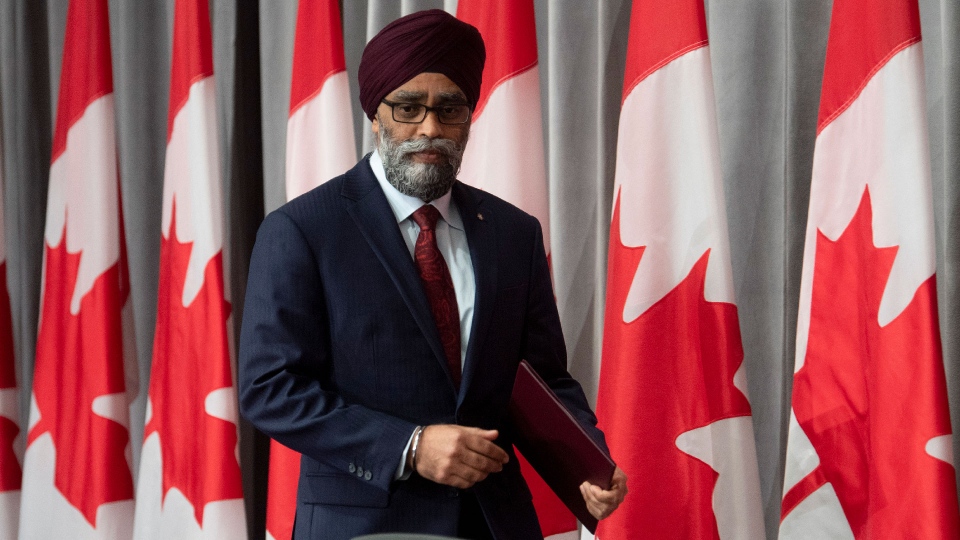 The Context of Québec

Québec is unique. As a predominantly French province surrounded by a sea of English, Québec’s government understandably desires to protect its culture. Like France, Québec was once dominated by the Catholic church in a way unfamiliar to Anglos in Canada, the USA or the UK. The backlash caused by this domination resulted in a more aggressive secularism called laïcité. Laïcité goes beyond ensuring freedom of religion in the public square to advocating freedom from religion. It often seeks to banish religion’s very presence in any public spaces.

While Québec is a minority community within Canada deserving of special consideration, the Québec government holds tremendous power over its citizens’ lives. In Bill 21 it uses this power not to protect but to oppress. In thinking about inclusion and justice we must always look to who has the power, and how they are using it.

So often, the persecution of minorities (be they Europe’s Jews or India’s Muslims) employs defensive rather than aggressive language. We Christians feel threatened by the Jews, who we outnumber massively. We Hindus are under attack from “love jihad” (“love jihad” is a Hindu nationalist claim that Muslim men try to marry and convert young Hindu women in a nefarious plot to demographically erase Hinduism). Anyone can lash out when we feel threatened. But when a majority, with its large numbers and state power feels threatened by a minority, history shows the result can be dangerous. 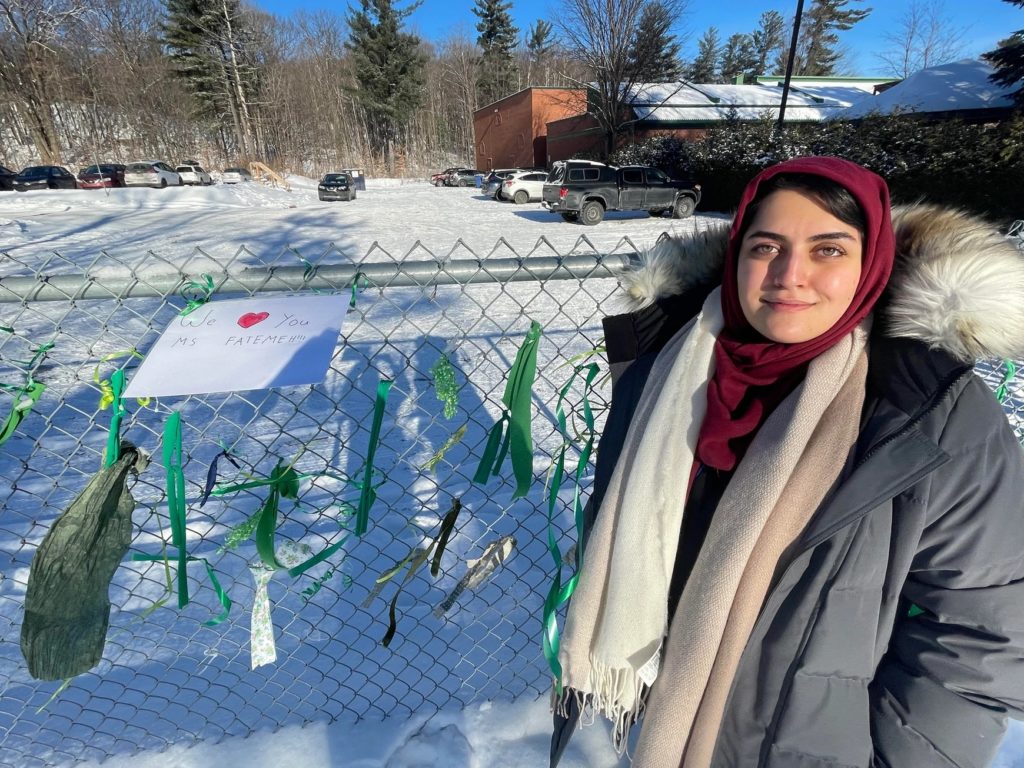 To her students’ dismay, Fatemeh Anvari was removed as their teacher.

Québec’s situation is framed just this way – as protecting culture from the threat of minority religions. And so, what do we see: a powerful premier, with all the might of the state, depriving a private citizen, a woman, of her vocation, removing her from her classroom for the offense of being a Muslim woman who wears hijab. Further, Bill 21 will deprive an entire generation from seeing minorities, and for minorities to see themselves, in positions of influence and authority as teachers, nurses, police officers and judges. 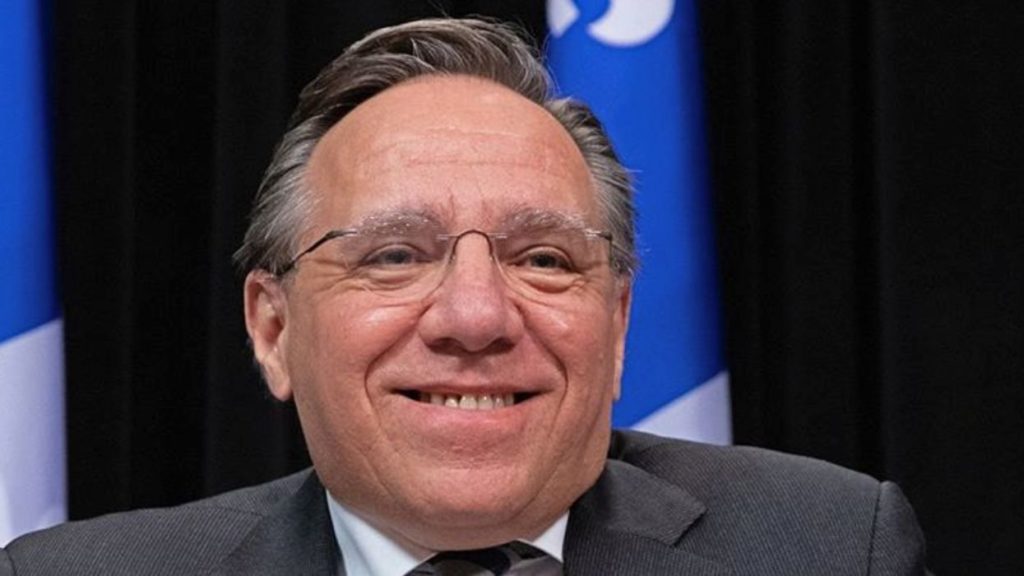 Stripping people of their employment is no small act. Indeed, it violates rights, which the Québec government knows – the government invoked the troubling “notwithstanding clause,” a clause added at the last minute to Canada’s Charter of Rights and Freedoms (by some premiers who feared giving the courts too much power). The clause allows governments to override certain rights (including freedom of religion) and Québec invoked the clause in Bill 21, basically acknowledging that the government is overriding religious minorities’ Charter rights. As such, the Bill moves from protecting a minority culture to persecuting the vulnerable.

The people of Québec face a challenge. If laïcité continues to mean banishing religion from public spaces, they must understand it will also mean banishing people, enforcing laws where the powerful strip rights from the vulnerable, and allowing a majority to bully a minority. It will foster bitterness and division.

Bill 21 is one example of how Canada’s low religious literacy hurts us. Many have little knowledge of religious communities and often lack connections to minority communities which, in turn, fosters fear. Creating literacy, connection and relationships changes all of this. We need to be able to talk about religion, to be ourselves, and to get to know one another.

One student made a drawing for her teacher (see below) that drips with irony – it demonstrates the kind of connection between student and teacher, between majority and minority, that we so desperately need. And yet, this connection is exactly what this law explicitly prevents, by denying these students the opportunity for such a relationship with this teacher or with any like her. Here is the vicious cycle – a law grounded in illiteracy and fear perpetuates that illiteracy and fear, preventing relationships, and furthering the mistrust and misunderstanding that feeds discrimination. A student’s note to Ms. Anvari says, “I really miss you. You were a great teacher….It’s not fair you can’t teach!!”

We can do better. Indeed, we must. Québec, Canada, the United States, etc. will all be demographically more diverse in twenty years than they are today. Barring more and more people from certain jobs is not a sustainable path. What we need is to develop trust, to open conversations and come to know one another.

Encounter‘s name reflects its founding belief: that engaging with one another face to face fosters understanding, forges bonds, and brings us together. Bill 21 is a cancer to community building. We need to engage. We need a police force, a teaching staff, and a nursing staff with diverse backgrounds and life experiences. We need to become connected until terms like “minority” and “majority” carry less meaning and we progress towards the day where there is just “us.”