No Mercy, No Learning

Two news stories caught my attention last week. First, a Minneapolis art history professor lost her job for showing images of the Prophet Muhammad in class. And second, a Toronto school principal created an uproar by accidentally including an ISIS flag in an email sent to parents celebrating Islamic Heritage month. These are sensitive issues and the responses to these two events have been interesting. I want to reflect on them because I think they bring up really important issues around intention, errors, and how to respond – both morally but also to facilitate learning. Let’s dive in. I think there are lessons here for us all.

Hamline University – An Image of Muhammad

Erika López Prater, an adjunct professor at Hamline University, was teaching an art history class in which she planned to show a famous 14th century Persian painting of Muhammad. The work is devotional art but Dr Lopez Prater knew that many Muslims believe images of the Prophet Muhammad are forbidden. So, she took multiple precautions, explaining the issue in her syllabus, outlining why she wanted to cover it (to explore Islamic art and also to show how standards of permissibility vary within a community and change over time) and she invited anyone concerned to speak with her ahead of time. She also gave an in-class warning in case anyone wished to leave before she showed it. Despite her cautions, afterwards a student complained, others expressed anger, and the issue escalated at the university. The university quickly apologized, called the incident Islamophobic, and let Dr Lopez Prater go. 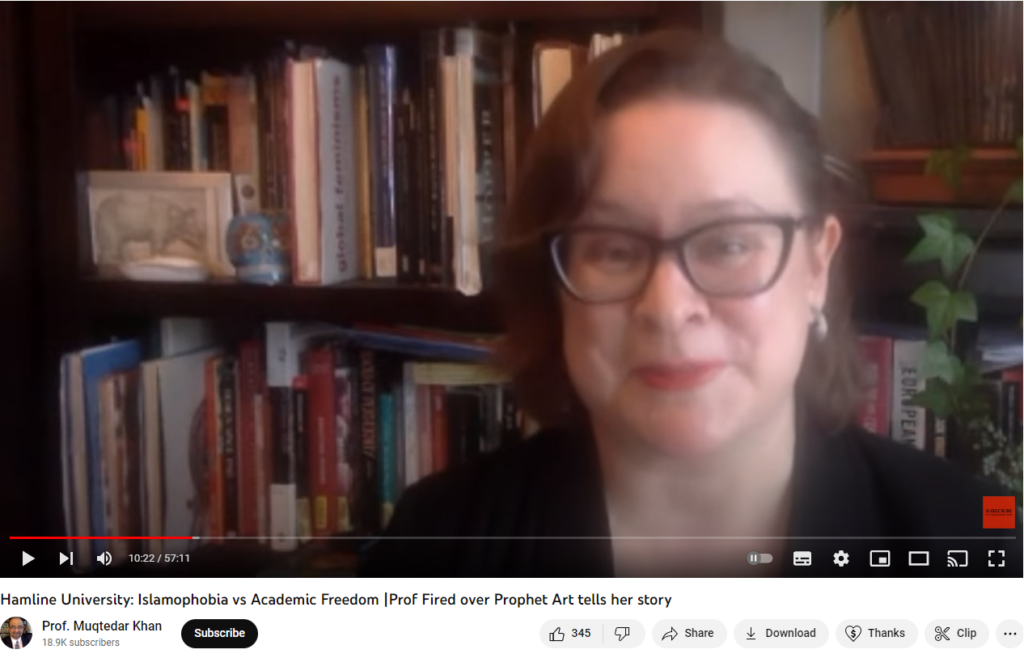 Since then, a number of prominent American Muslims have since come to Dr Lopez Prater’s defense (e.g. Mehdi Hasan, Wajahat Ali) as have some prominent Muslim organizations (i.e. Muslim Public Affairs Council; Council of American- Islamic Relations (CAIR)). The CAIR statement was particularly interesting as the organization’s local chapter originally supported the firing but the national organization’s later news release took the opposite stance. The national body said that intent mattered and they drew a distinction between what they called un-Islamic behaviour (drinking a beer or showing the image) and Islamophobic behaviour (showing denigrating images to humiliate). That element of intent is really important and something I want to return to.

Toronto School Board – An ISIS Flag

Around the same time as events transpired in Minneapolis, a Toronto school principal sent an email to about 700 parents marking Somali Heritage Month and Islamic Heritage Month. Unfortunately, in her email, she included an image of the ISIS flag which, needless to say, shocked and dismayed many parents. 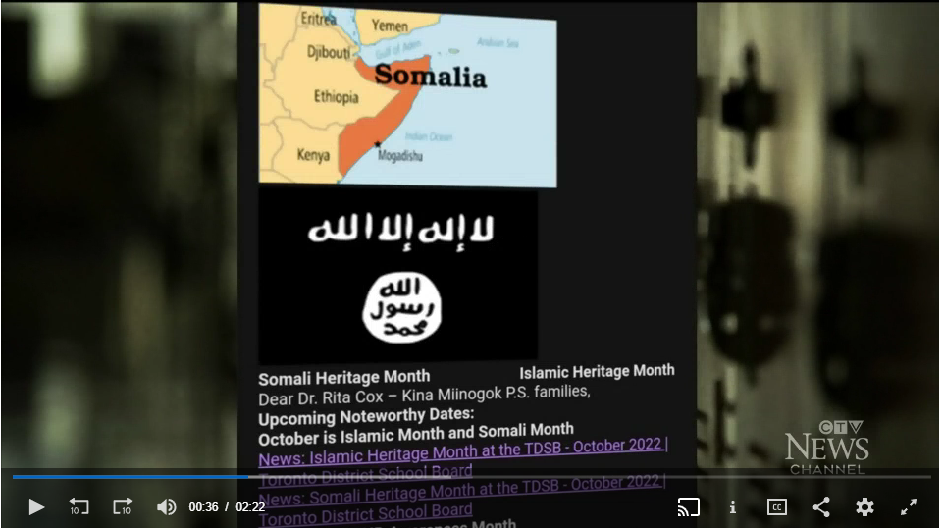 News stories of this incident share the principal’s name and often her photo. In addition, some accounts explain that there is a longer history here with other incidents in the school, some which involve the principal, that further complicate matters. I am in no position to adjudicate all of that from afar. Instead, I want to connect this with the story above to think more broadly about how to approach these types of issues.

What I admired about the CAIR press release and which I think applies to many situations is to keep a focus on intentions. Intentions are not everything – slights can stem from ignorance or implicit bias and we all have an obligation to address these issues. But it is also worth remembering that we will all make mistakes. Our societies comprise more than a hundred ethnicities, many religions, as well as other aspects of identities. No one can be an expert in every culture or religion and, honestly, you can make mistakes even when well versed. Despite studying religions for over two decades, I made a mistake last year that bothers me to this day.

In responding, we should keep in mind our goal. What is that goal? For Encounter (and I suspect many of you), we want people to learn, to develop their religious literacy, and expand their cultural competence. But learning, as we all remember from school, comes partly through errors. We try, we get some things right and fail at others, and – hopefully – someone kindly shows us how to do better.

I repeatedly make the case for greater religious literacy to help our society function well. But we may need something else – namely, a bit of grace. Shame, it is well known, is a terrible motivator. It leads not to learning but to defensiveness and self-protection. If errors lead to shaming, many will decide it’s not worth the risk. They will avoid the topic at all costs but that avoidance maintains our ignorance about things we don’t know, silences many with not-well-understood identities, and builds barriers instead of connections.

At school, at work, and in our neighbourhoods, we really do need to increase our religious literacy. And to do that, we will need some grace. If there’s no mercy, there’s no learning either. In truth, we are all learning and always will be. Reward good intentions. Correct with kindness and dignity. We will get better by allowing each other to be human.