Discovery Week: From an Attendee’s Eyes

More than thirty years ago, an American minister, with a big booming voice and a thoughtful nature had what may have been a radical idea at the time. He was convinced that the way to foster connection and understanding across cultures and religions was simply to introduce us to each other. JW Windland founded Encounter’s Discovery Week as a way to share his delight in creating relationships with people from all religions and to help us share our stories with one another. I suspect he did not know the impact he would have on so many.

Discovery Week continues because of the foundation JW put in place, and while we see and hear from our participants how meaningful the experience is, we admit that it can be a bit hard to convey that to others. So, I turned to my friend, Anne Bokma, who came on the Discovery Week after having just published her book My Year of Living Spiritually to ask her what still resonated for her 4 years later. Below is our conversation. 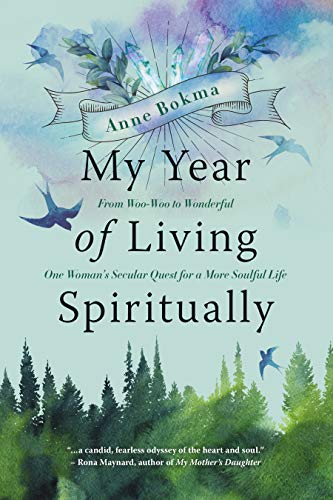 Anne’s book title captures her one year odyssey of exploring religious and spiritual practices with curiosity and insight.

Question: How would you describe the week to someone who is considering attending?

Anne: “Discovery” is the right word to describe this week. I learned more than I ever thought possible. As someone who grew up in a strict fundamentalist religion and now considers herself a “spiritual agnostic” I’ve always been fascinated by how religion shapes our thinking, behaviour and values. Despite thinking I was fairly well versed in religion I realized how little I really understood about the world’s major religions. Brian’s leadership and expertise and compelling presentation style are indicative of his true passion for his subject — a passion all of the participants benefit from. 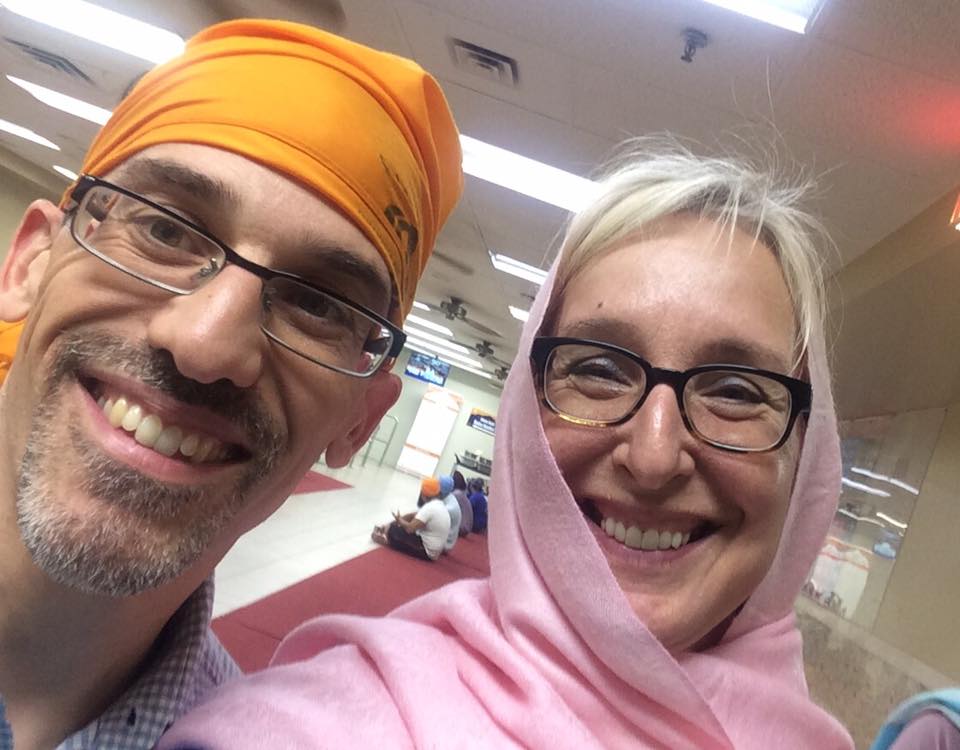 Question: What role do the site visits play in the overall experience?

Anne: The site visits are far more than a cursory tour — they were an opportunity to connect with communities I would normally rarely come into contact with. It was a beautiful experience to do a circle dance with Wiccans, to eat bagels and lox and chat with congregants after a synagogue service and to share a beautiful meal at the Sikh temple. I knew absolutely nothing about Rastafaris or Zoroastrians before this week — despite being immersed in religion when I was growing up, my religious education was sorely lacking. The week was a rich experience — it helped me understand other cultures and religions better, it broke down barriers, it created a wonderful sense of community among the participants and, really, in the end, I believe it made me a better person.” 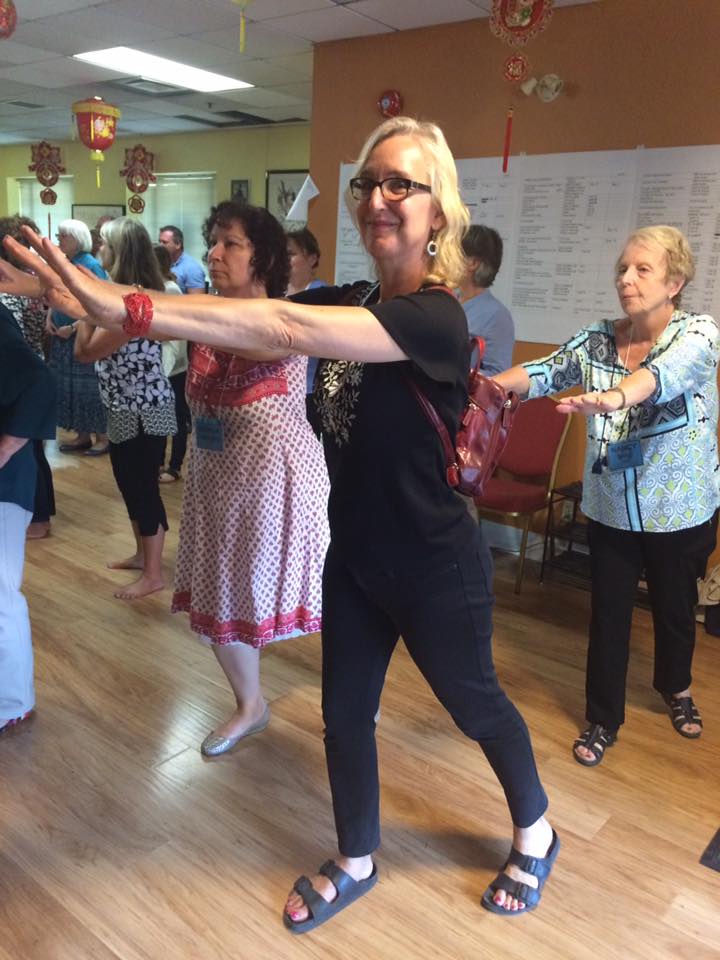 Anne: Let me draw from an article I wrote on the experience. This is a favourite memory:

I’ve always been curious about Hare Krishnas and especially their big temple on Avenue Road. Who were these robed tambourine players really?

What I learned was that Hare Krishnas believe peace, self-realization and a higher state of consciousness can be achieved through chanting, meditation and yoga, all of which happen at the temple. Up to 10 monks live in the building, and about 400 worshippers gather here every Sunday for a “love feast” that includes a service followed by a free vegetarian meal.

It was fascinating to meet Bhaktimarga Swami, known as “The Walking Monk” for his cross-country treks in Canada and other countries to promote “a car-free and a care-free lifestyle.” Before becoming a monk some 40 years ago, he was raised Catholic on a Chatham, Ont., farm. “When my dad brought me to the train station to come to Toronto, he asked me why I would leave such a perfect religion. I told him I was just adding Krishna to Jesus,” he tells us. Since the monks aren’t allowed to drink, gamble or have sex, I ask him if he’s missed out on any worldly pleasures. “Maybe disco,” he says, and I’m not sure if he’s joking. “I get up at 4:30 a.m., shower and then sing and dance. I love this life.” 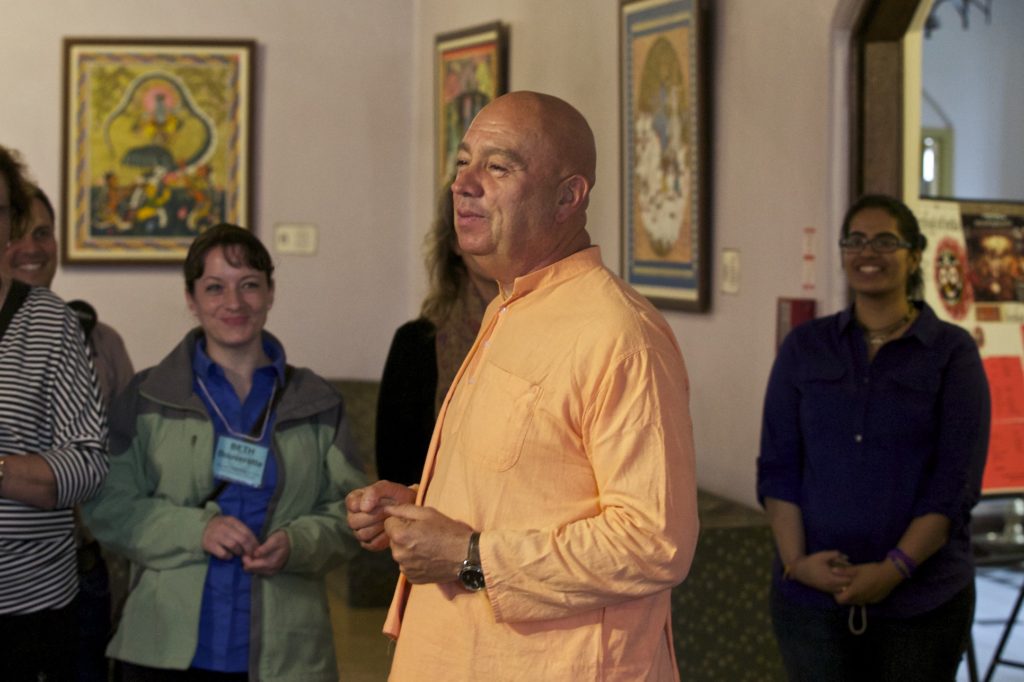 Question: You came four years ago. When you think back now, what comes to mind? What still resonates?

Anne: I would say it was the incredibly delightful experience of meeting such a wide variety of people at all the venues. Their graciousness, the way they welcomed us with warmth and delicious food, the way they were so happy that we were taking an interest in their religion – that was all so meaningful. I met people I never would have met in my usual walk of life and for that I’m very grateful. The people I met, the religious leaders and spiritual seekers, are what have stayed with me most. 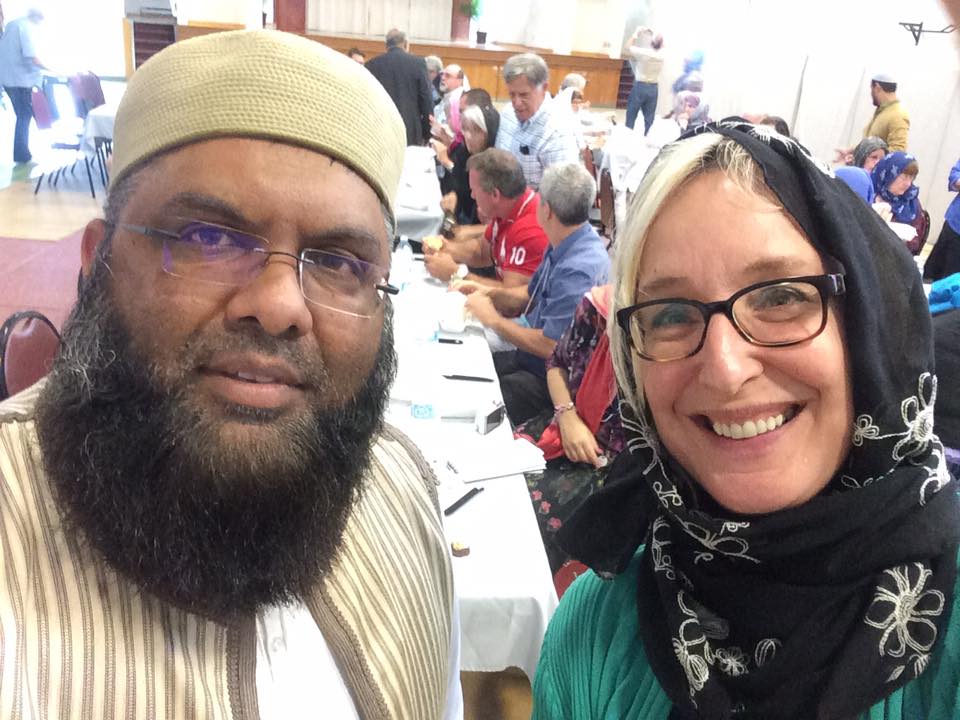 There is so much in Anne’s responses that I value including, for example, her description of the Hare Krishna monk. Many attendees have a moment like this, an “encounter” where there is some connection across difference that sticks with us and maybe alters us a little. I remember mine when JW first took me on a Discovery Week and I was blown away by a visit to the Sikh gurdwara. In my case, it wasn’t a conversation but the whole place and the hospitality – it felt like someone had shown me a whole new world. I would agree with what Anne said above: “I believe it made me a better person.”

JW Windland invented a program unlike any other I have found. The combination of sensory experiences, learning, and spending the week with co-travelers is something very special. It’s an honour to run it and if you’re interested, we have a few spots left. If you have come to Discovery Week in the past, we would love to hear your thoughts, a memory, or anything else you care to share in the comments below.

As JW liked to say, “everyone likes to share their story.” 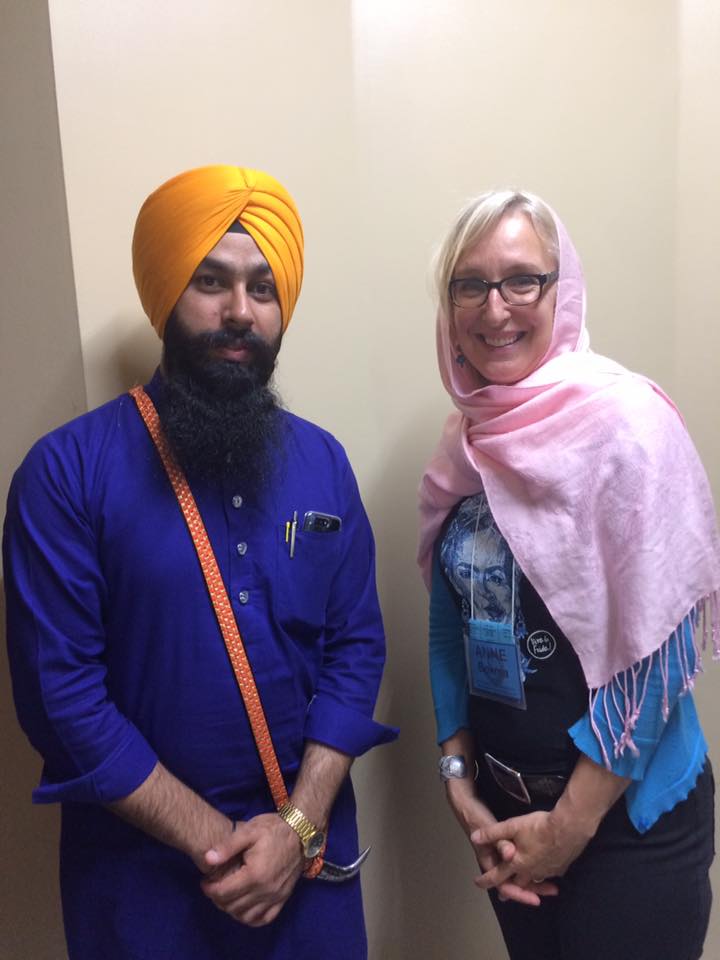