One year ago in Edmonton, a Black Muslim woman (given the pseudonym Saida by a reporter) was waiting for a bus when a man came up to her, screamed at her, raised his fist, and threatened to kill her while unleashing a string of expletives. The man wandered off, leaving her shocked and frozen. No one around her said anything. Finally, when the bus arrived, she explained what happened to the driver (a man with brown skin) and then the tears came.

It was the ninth attack in Edmonton against Muslim women in just six months. It would not be the last. In June, a 50 year old woman was grabbed by the neck and thrown to the ground. Her face was bloodied, some teeth were knocked loose and she spent a night in hospital.

Calgary and especially Edmonton have seen a rash of attacks against Muslim women, usually with black or brown skin, in the past year or so. The issue has garnered attention in multiple local media outlets, as well as the Toronto Star, the Globe and Mail and Al Jazeera.

These terrible stories are not cherry-picked anecdotes. A StatsCan report noted years ago that Muslim victims of hate crimes are more likely to be female than in other targeted populations. And the hateful attacks in Alberta have overwhelming targeted Black Muslim women, often Somali-Canadians. Their identities make them vulnerable on three fronts: they are Black, Muslim and female.

Racial discrimination is not confined to hate crimes however. It can also affect one’s economic prospects. A study by the Canadian Muslim Women’s Association found that even relative to other Muslim women, Black Muslim women had significantly poorer socioeconomic outcomes. They reported frequently encountering discrimination and racial stereotypes. 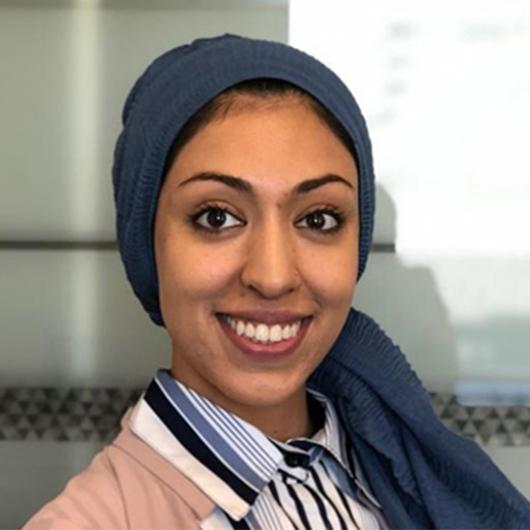 Countering this discrimination requires using all of our tools to tackle the issue from multiple sides. Creating an inclusive society means the fight racism and misogyny should also be supported by efforts to promote religious inclusion. Photo credit: Faisa Omer – Reclaiming public space. Omer projected images from public spaces where Muslim women have been attacked, onto the faces of these Somali-Canadians.

The responses to the hate crimes in Edmonton and Calgary have been multiple. City leaders have spoken up and, of course, many women describe navigating the city more carefully and with a reduced sense of safety. In last week’s newsletter, I highlighted one particular response – the work of Faisa Omer, a photographer who has taken images of Black Muslim women in Edmonton with their faces lit up by projections of public spaces where the attacks have occurred. The images are beautiful and are included along with interviews of the women. Art is a powerful tool to dismantle racism and teach us all not to rely on a single story. Both Omer’s images and her subjects’ stories speak of their pride, their fear, and their resilience. Stories of overt racism, like those above, can be discouraging. But the strength and resilience of the targeted communities are changing our conversation and our culture. At Encounter I see more willingness amongst people to talk about religion including in places like work settings that not long ago seemed out of bounds. With our multicultural country, understanding one another is key. We need to break the cone of silence and open conversations. Let us know if we can help you get started.