The manger scene is so iconic. Millions of homes have one even if the occupants are not believing Christians. Partly, this reflects the scene’s timeless elements: the promise of birth, the light amidst the darkness, and the portrait of a vulnerable God, a mere infant in his mother’s lap. The manger scene appeals to us on many fronts. I wanted to share something else about this familiar image that can get lost. Namely, its politics. I speak here not of liberals, conservatives or political parties but politics in the broader sense: the concern for justice.

Manger scenes today can be misleading. They look like petting zoos. Those animals look so cozy. The hay is soft and inviting, often the colours and lighting are warm. In our urban age, few of us are familiar with barns and animals other than in such choreographed settings. Scholars, however, think the scene was not supposed to make you feel warm and fuzzy – it was supposed to scandalize you. 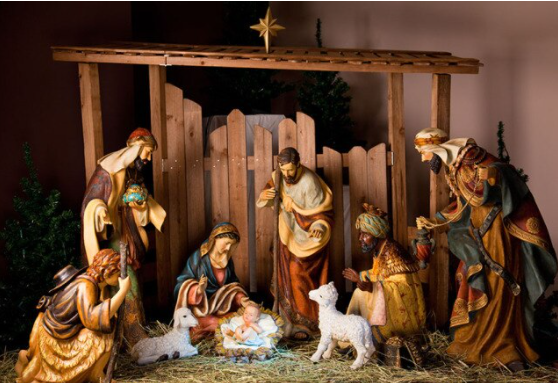 Don’t you want to pet that lamb?

To understand that scandal, let’s look to the source. The manger scene, despite its cultural ubiquity, appears in only one of the four gospels –  Luke’s. Each gospel offers an opinion on who Jesus was. Obviously, they overlap (sometimes a lot) but their differences are intriguing because we see how writer A tells story X but omits story Y. Did they not know story Y or is there a consistent pattern in what they highlight and leave out that reveals something about how they want to portray Jesus?

Luke is clear on this front. More than any other gospel, Luke’s repeatedly stresses that Jesus came for the marginalized. Hence, in Luke, women are more often named and even speak (imagine!). Luke also offers favoured stories the other gospels lack, such as the Good Samaritan, which elevates justice and compassion over religious belief or tribe. Memorably, in Luke, Jesus says “Blessed are the poor” and “woe to you who are rich!” In Matthew’s version, Jesus says “Blessed are the poor in spirit” and the “woe’s” (there are several in Luke) disappear entirely. Luke’s Jesus is edgier, demanding you do something about injustice. 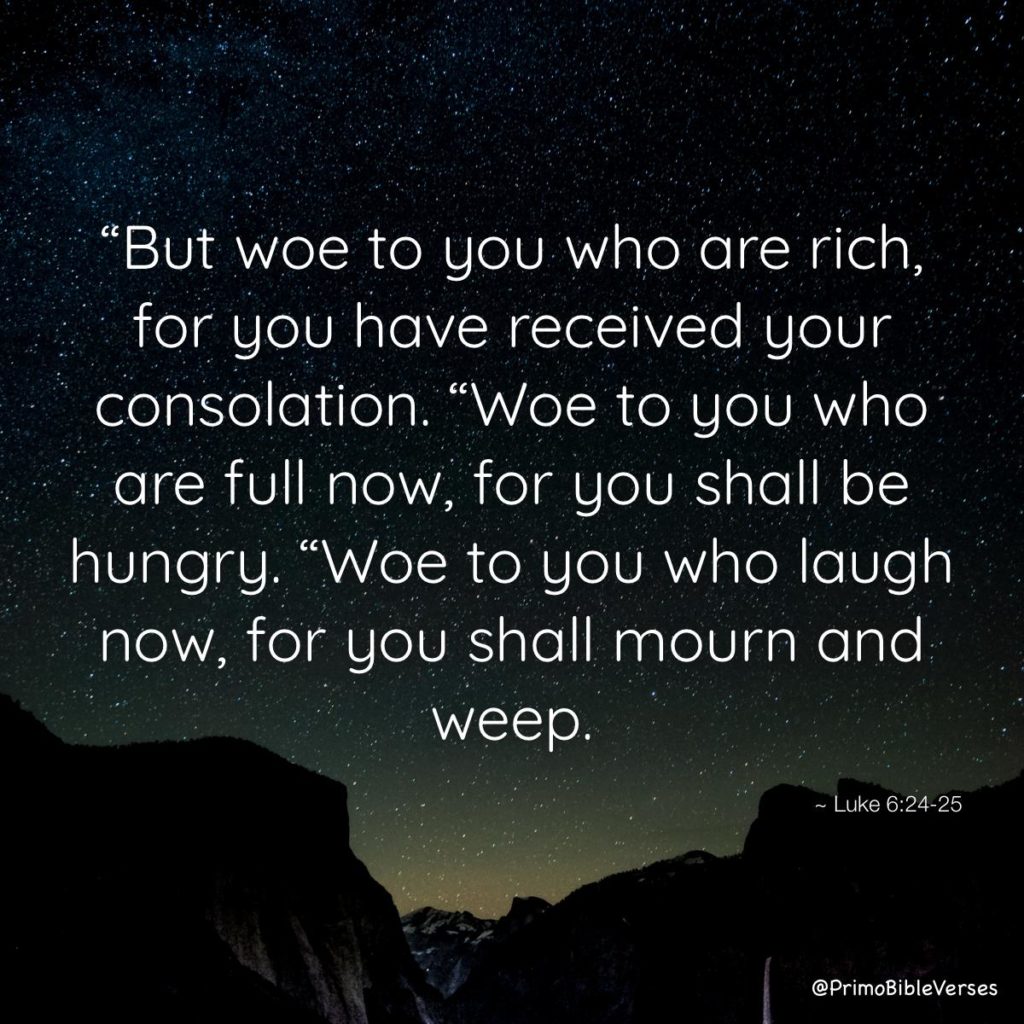 Luke’s gospel is harder on our (rich) ears. Hence, Matthew’s version, which eliminates the “woe to you’s” is more popular.

All of this brings us back to the manger scene. Ancient writers often liked to indicate early on where the story was going. The birth story opens Luke’s gospel and he wants to announce the main message right away. So what is Luke telling his listeners?

Well, Luke’s audience knew barns well. They had never heard of petting zoos. For them, a family forced to give birth in an unhygienic, stinking barn is awful. Why did this happen? This part is intriguing: Luke says it’s because the Roman emperor ordered a census, which forced everyone to return to their ancestral towns. Joseph (father of the family) hails from Bethlehem and so they must make an arduous 80 mile journey (one-way) only to find no room in the inn.

Historians raise two objections here. First, we know when the Romans held censuses and the dates are wrong. Second, as one scholar wrote, there is no known census in human history that forced people to return to their ancestral homes. It would be chaos! Imagine every American or Canadian returning to their birth places for a census. Back then, lacking cars and planes, such travel would take weeks or months for some. And it makes no sense – a census is for taxing and for that, what matters is your current locale. No other writer from that time mentions such a bizarre and costly policy. What, then, is Luke up to?

In Luke’s telling, the family makes a 4-5 day journey in each direction, just to give their name to a bureaucrat in a town where they don’t even live.

The answer is found again in that barn. Luke has the family in this ugly circumstance because a powerful Roman emperor has forced them into it. All so he can tax you! And here is the whole point: Luke brilliantly juxtaposes the greedy king in Rome with this new king, born in the humblest of circumstances. The manger is not supposed to warm your heart. It’s supposed to make you incensed at the situation that powerful tyrant has created. We are mere paragraphs into Luke’s gospel, but we know, already, where Luke is taking us.

And who attends the birth? Remember: in Luke, Jesus is for the marginalized. So, who attends? Poor shepherds. Period. Wise men you say? Um, no.

The wise men are also only in one gospel – namely Matthew’s, which has a very different agenda. Matthew writes for fellow Jews, hoping to convince them Jesus is the messiah. But Jews expected an impressive messiah and Jesus’ death as a common criminal is a problem. So, Matthew, needing to elevate Jesus, gives a birth of glory and power: a star appears in the heavens (a common motif for great births in antiquity) and foreign dignitaries bring gifts fit for a king: gold, frankincense, and myrrh. See, Matthew says, Jesus is the big guy you’ve been waiting for. 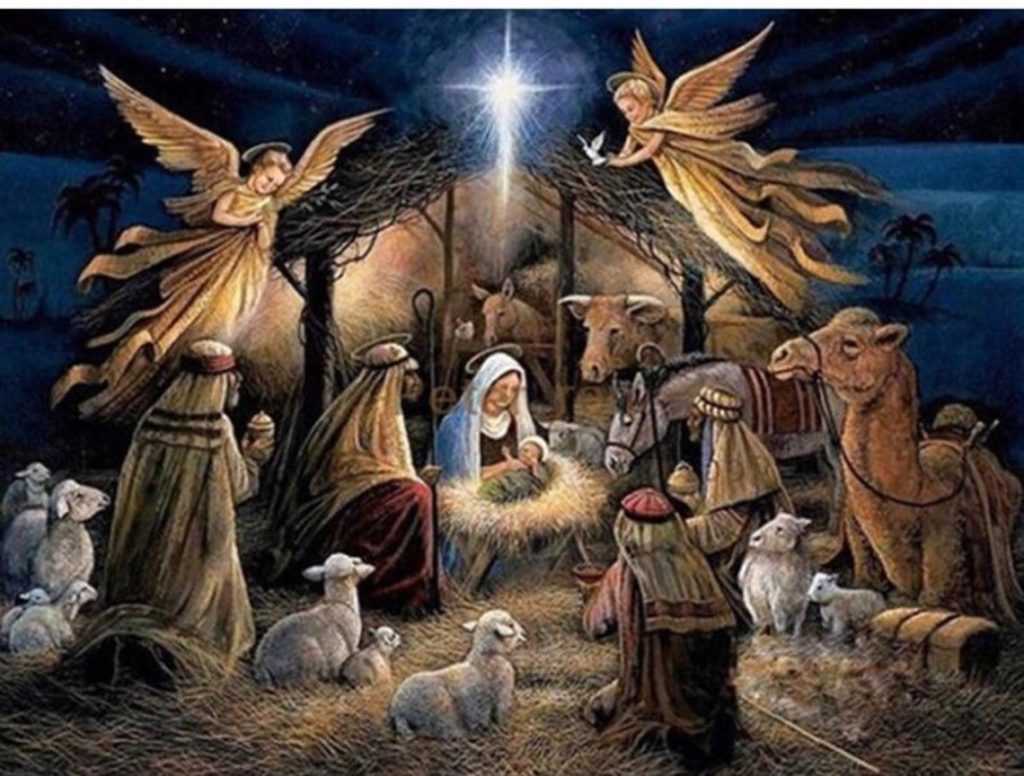 Note the star and the wise men (from Matthew) blended with the manger and the shepherds (from Luke). No gospel has such a scene and yet it is one of the world’s most famous images.

But Luke just has angels and poor shepherds. No cosmic star. No kingly presents. It’s a humble birth for someone here for the poor, all artfully contrasted with the heartless tyrant in Rome.

So, look into those manger scenes with new eyes. Imagine a family forced to give birth in a dirty barn. See what Luke wants you to see – a statement about power and justice. That’s a Christmas message to inspire us all.

Merry Christmas to you and yours.