Tomorrow, Sikhs everywhere will celebrate the birthday of their founder, Guru Nanak. Nanak was born in the 15th century in the Punjab, around the modern border of India and Pakistan. He lived amidst both Hindus and Muslims and his life and message have been a testament to crossing barriers.

At age 30, Nanak encountered God and was told “there is neither Hindu nor Muslim, there are only disciples (or learners).” This became Nanak’s original message, that the division of Muslim and Hindu was ultimately not important. Eventually his community of learners (“sikhs”) became its own movement but that idea of harmony remains. The Sikhs’ holy text, the Guru Granth Sahib, includes writings from both Muslim poets and Hindu poets, and calls God both “Allah” and “Ram” (or Rama), the Muslim and Hindu names for God respectively. God is one in the Sikh tradition but known in many ways. 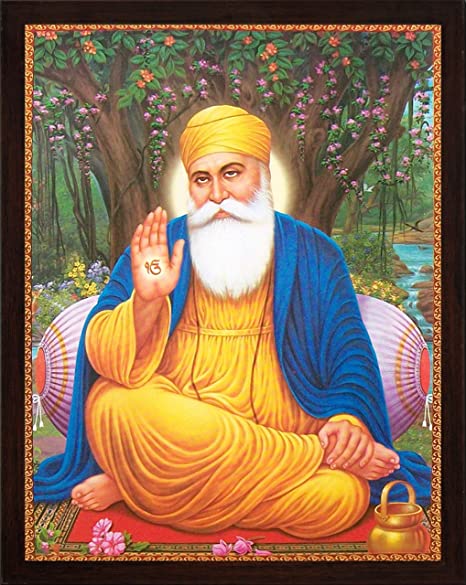 Another division in Indian society that Nanak and his successors worked diligently to erode is caste. One way they weakened caste is via “langar.” Langar (“kitchen”) refers to how every Sikh temple provides free food to all who enter, a generous practice to feed the hungry. But additionally, food has historically been a prime means of enforcing caste – caste determines who you eat with, who you sit with, and who can prepare your food. At the gurdwara or temple, this distinction disappears as everyone sits and eats together. Traditionally, high caste people would sit elevated while low caste folks sat on the ground but at the gurdwara, all sit on the ground, emphasizing equality and a common humility before God. In short, feeding everyone together is generous and political. You can taste the equality! 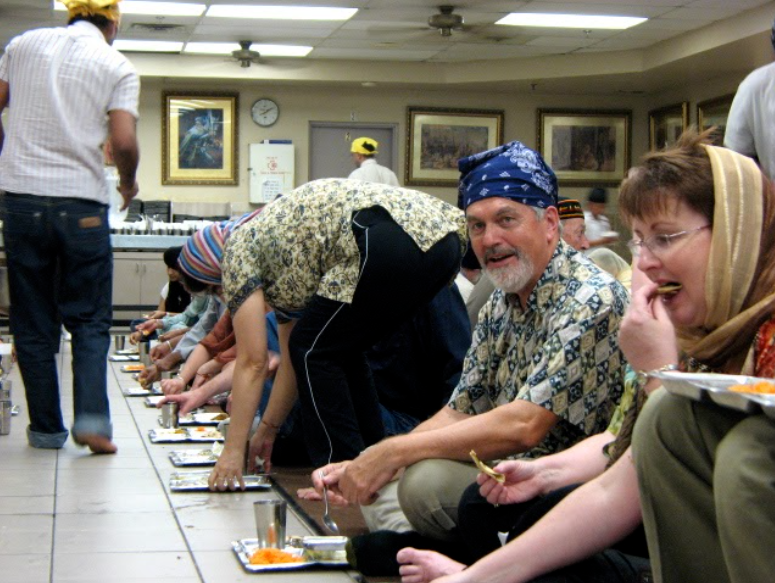 Encounter participants enjoying a langar meal at a Toronto temple

However, caste was centuries old and not easily removed. Even if leaders insisted caste had no place among us, everyone still knew your caste from your name. We may be changing some rules but I still know you Watsons are just Watsons. To counter this, the tenth Sikh guru or leader, created a vehicle for people to change their last names. Men would become Singh (lion) and women would adopt Kaur (princess). Now I would not know you had been a Watson!

This commitment to boundary crossing, to the equality of all, is what Sikhs will celebrate tomorrow (and in the days leading up to it). Celebrations include singing hymns from their scriptures, processions following the Sikh flag, and of course, a langar meal for all.

Encounter also dedicates itself to helping people cross boundaries. The Sikhs have been doing this for centuries, offering a model anyone can admire. Happy birthday Nanak. There’s a birthday langar meal waiting for you.