Religion impacts many aspects of our lives that we don’t even think about….like participation in sports. Sports are actually about far more than, well, sports. They often are an arena for breaking barriers and for perpetuating exclusion or moving towards equality. The Olympics ups the stakes with the eyes of the world watching. At this particular moment, many women are rejecting being forced to wear sexualised clothing from the German gymnasts who chose to wear full leotards to the Norwegian handball team that was fined by their sports federation for dressing in shorts rather than bikini bottoms. Remove those clothes ladies or face the consequences. It boggles the mind.

These shifts are really positive but some commentators have noted that there has not always been the same support for Muslim women. Ten years ago, Western media did not take up the cause of the Iranian women soccer team, disqualified by FIFA for their modest clothing. France has banned women wearing hijabs from multiple sporting events.

There is a real irony to these bans – those enacting the bans claim to be speaking for women and for women’s equality and empowerment. Yet, the bans literally deprive women of their own voice, deny them choice, and remove them from fields where accomplishment brings confidence and establishes women’s equal place in a world still dominated by men. How ironic to say you are standing up for women by then stripping some women of the right to participate and, in some cases, to play brilliantly and lead their team to victory. Is it better for a Muslim women in a hijab to look powerful and strong as she achieves the dream of Olympic gold or should we want her to surrender to some outsider telling her how to dress? 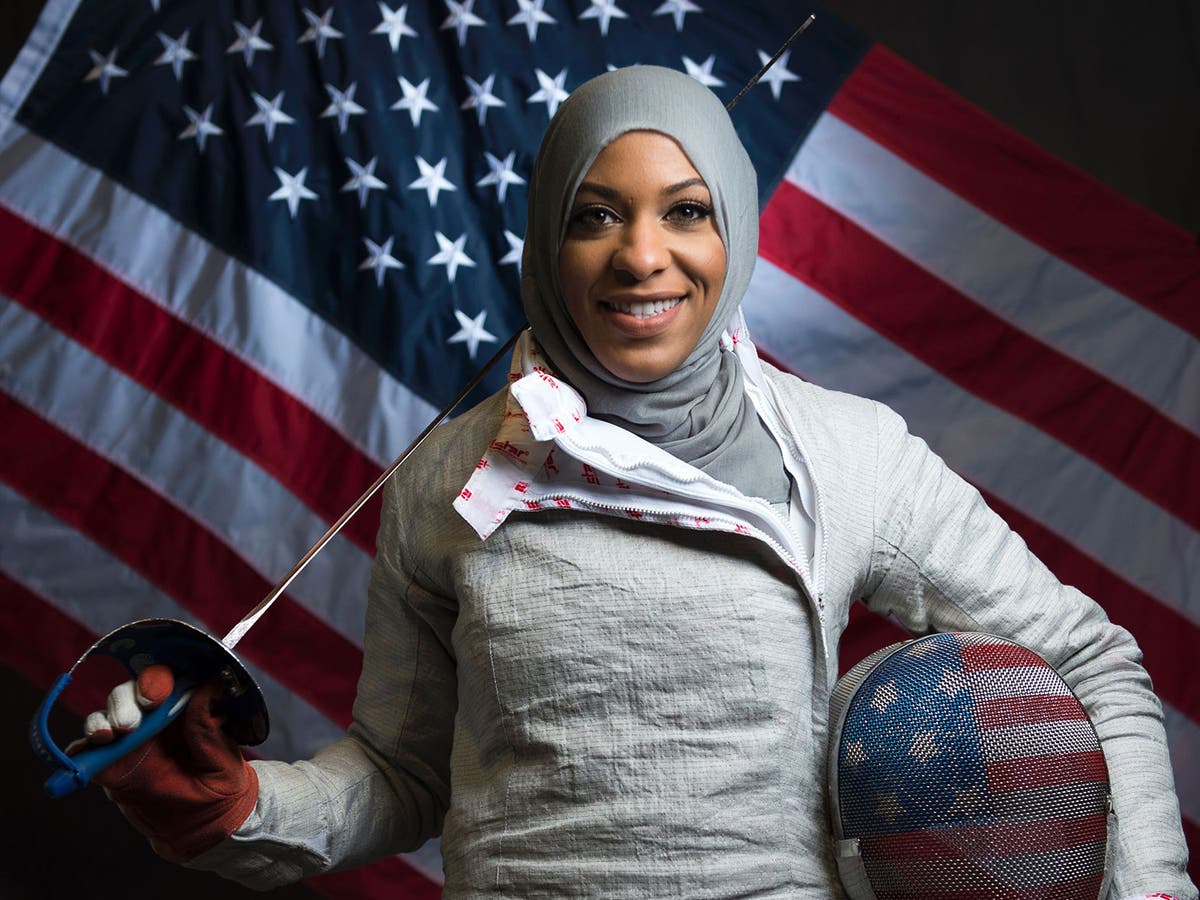 Ibtihaj Muhammad was the first hijab wearing Muslim to compete at the Olympics for the United States when she won a bronze in 2016.

Despite the ongoing challenges, change is afoot. The German team’s stand has been enormously popular. The handball federation has taken a massive public relations hit for their dinosaur rules. And, in recent years, numerous Muslim women have broken barriers by becoming the first to wear a hijab while winning a horse race, a boxing title, or an Olympic medal in fencing (link). In Canada, when an 11 year old girl was disqualified in a soccer match, her whole team quit in solidarity and, after years of organizing in many countries, larger football bodies have been amending the rules. Similar disqualifications to a volleyball player in Tennessee and a cross country runner in Ohio have led organizing bodies to say they would change the rules.

In Jordan, several female soccer players stopped mid-match to surround an opponent whose hijab had fallen off so she could fix it in privacy. Sports is a little microcosm of humanity, where we can choose our worst or our best selves.

Let women choose their clothing. As I’ve stated before, you may personally agree or disagree with someone else’s choices but it’s really critical to protect their right to choose. Let as many women as possible play in sports and have the experience of training, working, excelling and developing their potential. Any attempt to thwart that, to deny some women that opportunity, does not favour women, no matter how it is framed. Religious literacy and inclusion does many things, including creating a better world for women.