The hajj, the Muslim pilgrimage to Mecca, is one of the most central events in a Muslim’s life. Every Muslim whose health and finances make the trip viable is required to do the pilgrimage at least once in their life. Many non-Muslims have heard of the pilgrimage but don’t know much about its significance, or the story at the centre of the holiest day in the Muslim calendar. We’ve put together a quick primer on the Hajj and Eid al-Adha, the festival that celebrates its conclusion, because while religious literacy has many benefits, perhaps there is nothing more meaningful than knowing about, and joyfully supporting the religious celebrations of our friends, neighbours and colleagues.

The story of the Hajj begins with Abraham (“Ibraham” in Arabic) a pivotal figure in Islam.

In both the Bible and the Qur’an, Abraham’s two sons, Ismael and Isaac, are named as the fathers of Arabs and Jews respectively. In the Bible, Abraham proves his complete trust in God by being willing to sacrifice his son Isaac. Abraham is halted by an angel at the last minute and told to sacrifice a ram instead. Islam has this same story except that Ismael is the son to be sacrificed. Ishmael is the oldest son (“first born” animals are often sacrificed) but in the Bible story, Ishmael is an illegitimate son born to Abraham’s slave woman Hagar. In Islam, Hagar is Abraham’s other wife and thus Ishmael is the oldest legitimate son.

In both the Biblical and Islamic story, Abraham ends up sending Hagar and Ishmael away and they go to the Arabian desert. With her son Ishmael on the verge of death due to thirst, Hagar runs between two hills desperately seeking water before an angel appears and a well, called the well of Zamzam, appears at their feet saving the child.

In the Islamic story, Abraham later comes and finds Hagar and Ishmael and he and his son build the Kaba, Islam’s most revered site to which one faces every day in prayer. 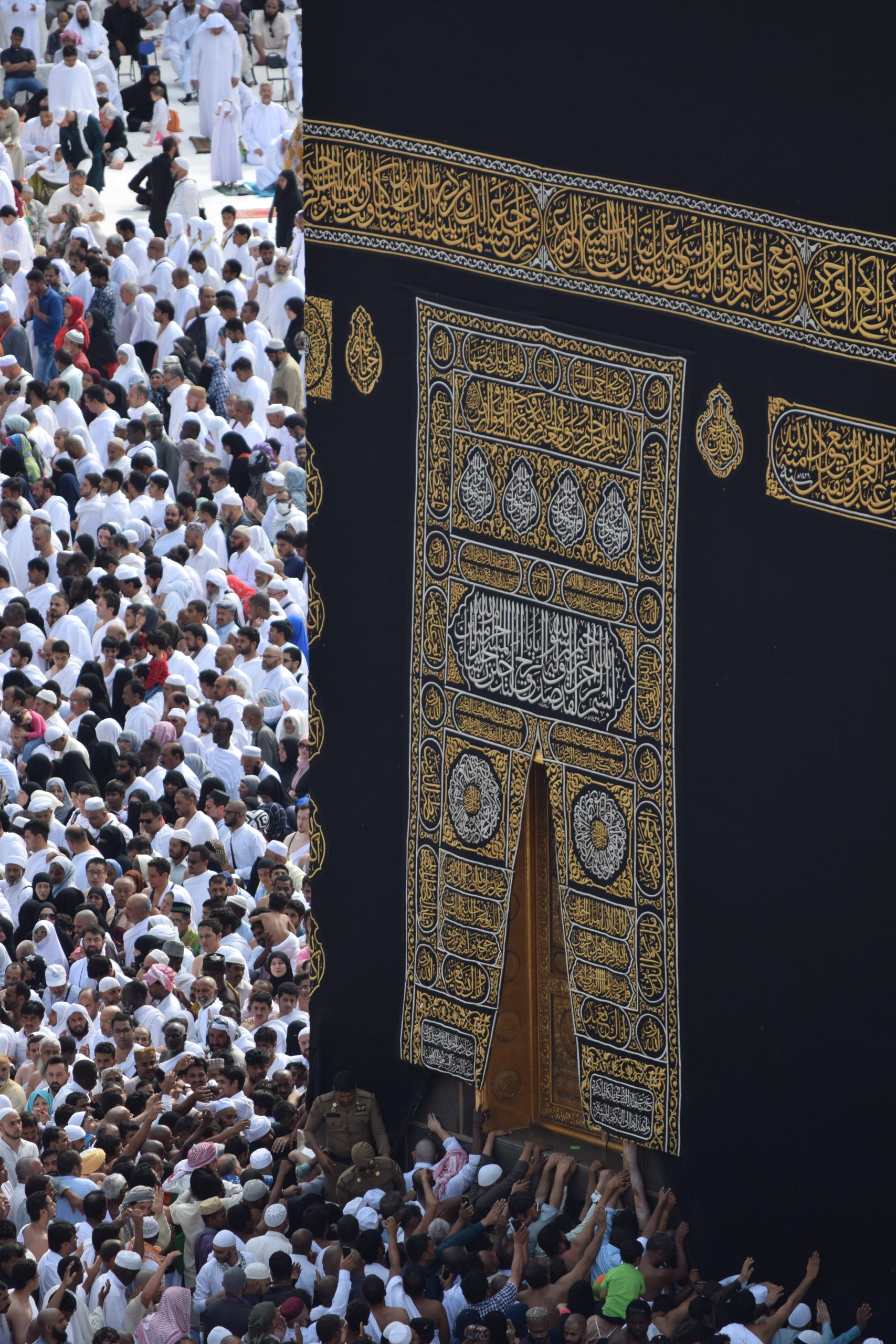 Pilgrims circumambulate the Kaba, originally understood to be built by Abraham and Ishmael, who also initiated the practice of circumambulating it.

Many of the rites of the pilgrimage follow in Abraham’s footsteps. For example, pilgrims will:

Spiritually, Eid al-Adha is about seeing life as a pilgrimage, about sharing blessings and good fortune, and about orienting one’s life around God. It is the story of Abraham and the story every Muslim seeks to replicate.

To all our Muslim friends, Eid Mubarak (a blessed Eid).