This week a family was murdered in London, Ontario. They were murdered for the “crime” of being Muslim. A stranger intentionally drove his truck into them killing a mom, dad, grandma, and a daughter. The youngest child, a 9-year-old boy has survived, though the life he had known has not.

Every time there is another example of Islamophobia in the news I think of my Muslim friends in Toronto at different mosques and how kind, generous and welcoming they are to the students and adults I take there. It is just gutting to think of what they’re going through, knowing that someone might target them or their loved ones on the basis of their faith alone.

We know that Islamophobia is a growing menace in Canada. Consider: 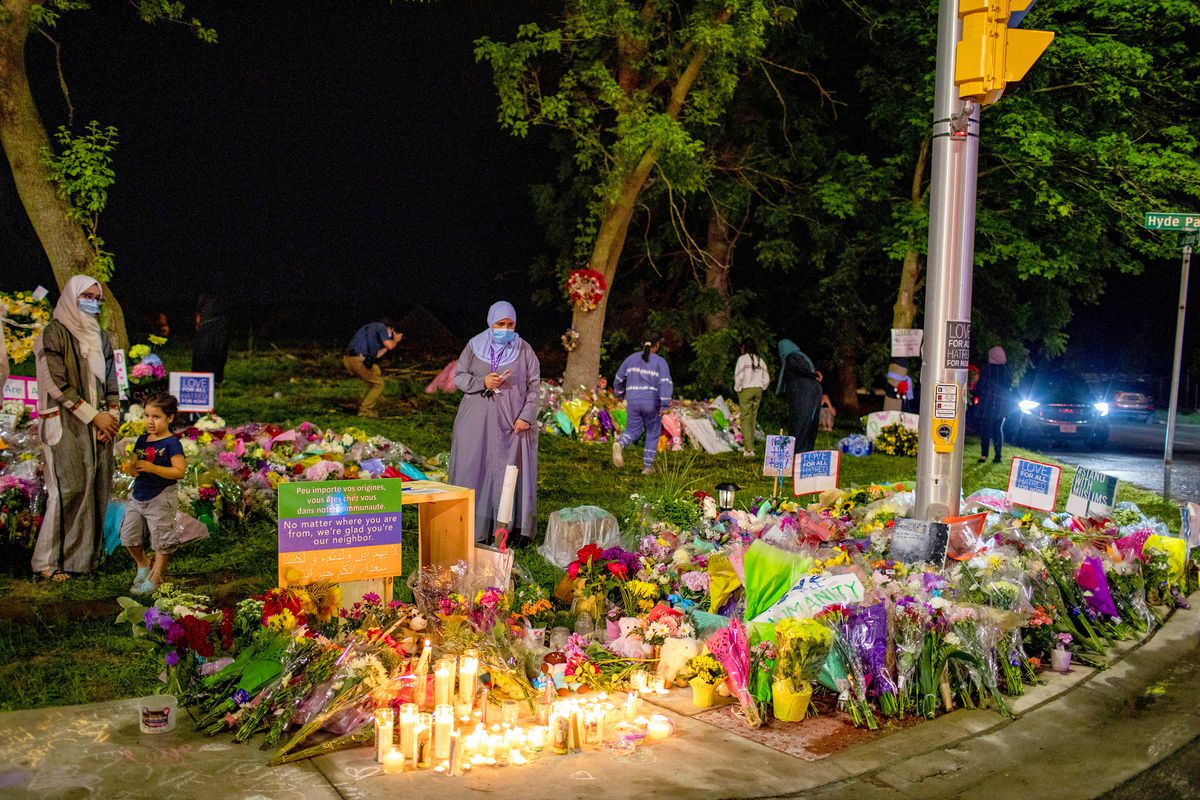 What can we do?

First, we need to acknowledge that Canada has a problem. Hate crimes have been going up in recent years, most notably against Muslims and Jews. For all the multicultural and pluralism language (and to be clear, that language does matter), we must not let it paper over the problems that rob people of safety, their jobs, and sometimes their lives.

Second, we can speak out. If you know a Muslim, reach out. Let them know you’re thinking about them and their loved ones, and that they are an important part of your community. If you’re inclined, write the leaders of federal parties to tell them they must speak up against Quebec’s Bill 21. If you reside in Quebec, write the premier. If you are a community or business leader, don’t let this opportunity to denounce Islamophobia pass.

Third, we need to educate. Fear thrives on the unknown. We fear what we don’t know. We need as a society to become more religiously literate. We can learn through classes and readings, but it is also really valuable – important even – to learn through experiences and relationships. We get so much from entering a mosque, from meeting an imam, from asking a co-worker how they’re doing or if their family celebrates Eid. Learning is beautiful. It not only imparts knowledge, it imparts curiosity. And curiosity is the tonic to hate and stereotypes.

If you’re looking for ways to educate yourself, here are three good books I can recommend (in no particular order):

But don’t stop there. Share books about the Muslim faith with kids in your life. Here’s several suggestions that might get you started and your local library likely has more. Choose a story featuring Muslim characters for your next book club or family movie night. And reach out and talk to folks in your house of worship, at work, or in your community, about what we can do right now to create a more educated, compassionate society in the hopes that this was the last time we will see a family destroyed by hate.