The factors that shape our religious traditions and rituals are often a fascinating, and sometimes odd, combination of history, politics, culture and mythology. We also know religions are not silos. They influence and borrow from one another. Sunday is Easter, the most important day for two billion Christians who commemorate the resurrection of Jesus of Nazareth.

But although Easter is a Christian holiday, the theology and practices draw on both Judaism and pagan elements. So, let’s see how these traditions, and the politics of the day, cumulatively help shape this globally celebrated holiday, and find out where the egg laying bunny comes in. 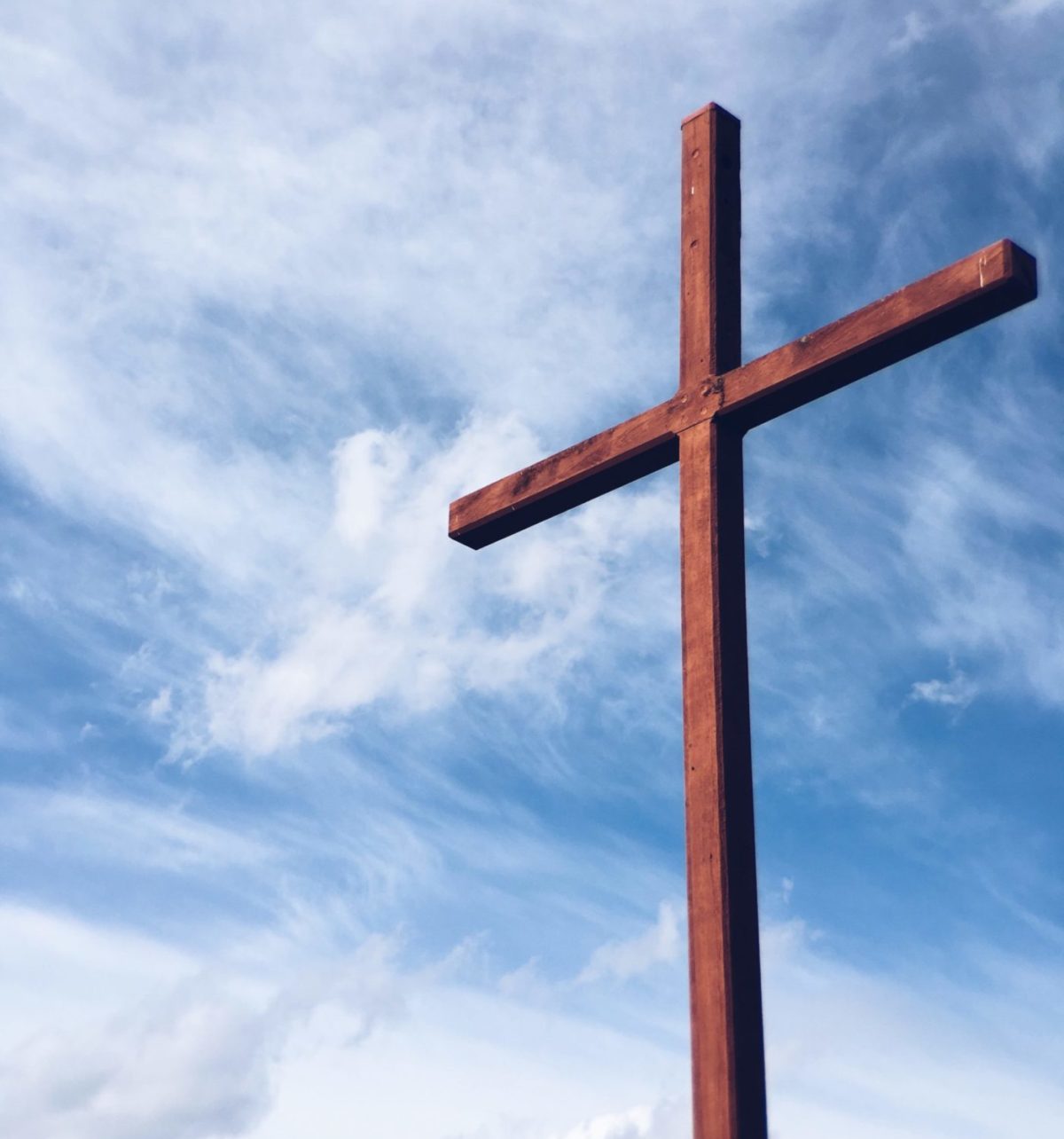 Photo by Aaron Burden on Unsplash

Jesus was killed by the Romans. Let me say that again. He was killed by the Romans – not by the Jews. The Gospels were written decades later when there were hostilities with the Jewish community and when Christians – living under Roman rule – had a natural incentive to make Jesus’ opponents the Jews rather than the Romans. Some of the texts blame “the Jews” heavily, even making them into villains. I will write more on this someday.* But for now, know that crucifixion is a Roman punishment. Scholars concur that Jesus was killed for sedition.

Jesus’ death occurs at Passover. Passover is not a good time for the Romans. The festival brings large crowds to Jerusalem (never good for occupiers) who come specifically to celebrate overthrowing foreign oppression and gaining their freedom. Okay, then. To the Romans, the situation is a tinder box. Then Jesus arrives and starts throwing matches.

Jesus may have been on their radar as someone whose followers thought he was the messiah. The idea of a messiah had emerged a few centuries earlier and was political as much as religious – a descendent of David who would come and liberate Israel and rule over it as David did. According to the gospels, Jesus then rode into Jerusalem on a donkey which was something the messiah was predicted to do. This might seem to be a provocation. And then, he went to the temple.

At the temple, Jesus caused a ruckus, overthrowing tables and even using a whip to chase away money changers. The temple was Israel’s beating heart and, at this point, it appears the Romans had seen enough. He was arrested and killed shortly thereafter. Surely, some Jews opposed Jesus as well but the crucifixion is definitely Roman. In some accounts, they affix a board over Jesus’s head that says “Jesus, King of the Jews.” The message was not subtle. 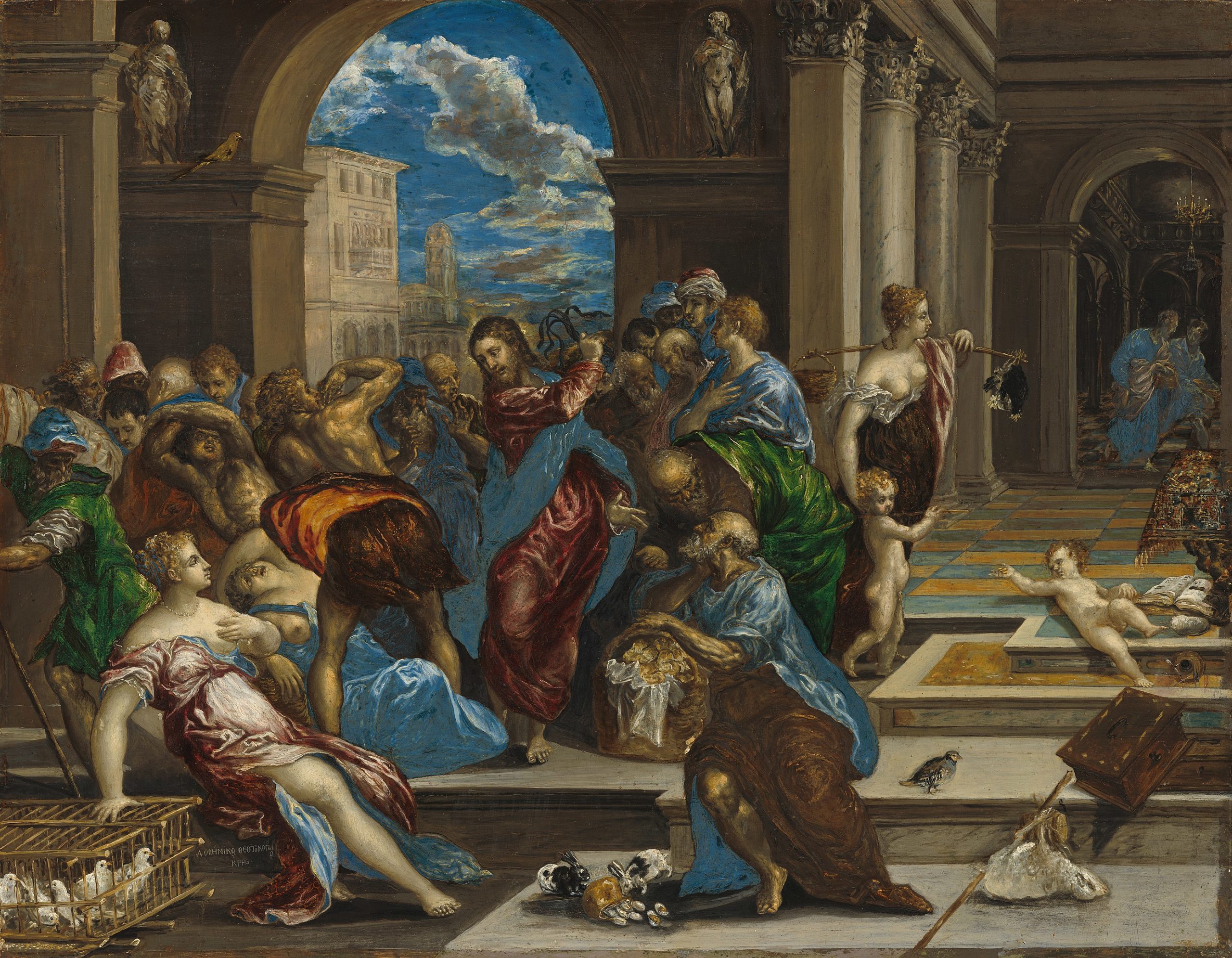 That should have been the end of the story. But the gospels tell us that Jesus appeared to his disciples on the third day – a Sunday, which is why Christians congregate on that day. The Jewish temple was a place of blood sacrifice. Animals were regularly sacrificed to atone for Israel’s sins. This became the perfect frame for Jesus’ Jewish followers to understand his death. He was the new sacrifice, the lamb of God. Blood sacrifice is less common today but very, very common in human history. Jesus became the most famous example of all. A god laying down his life to atone for human failings. 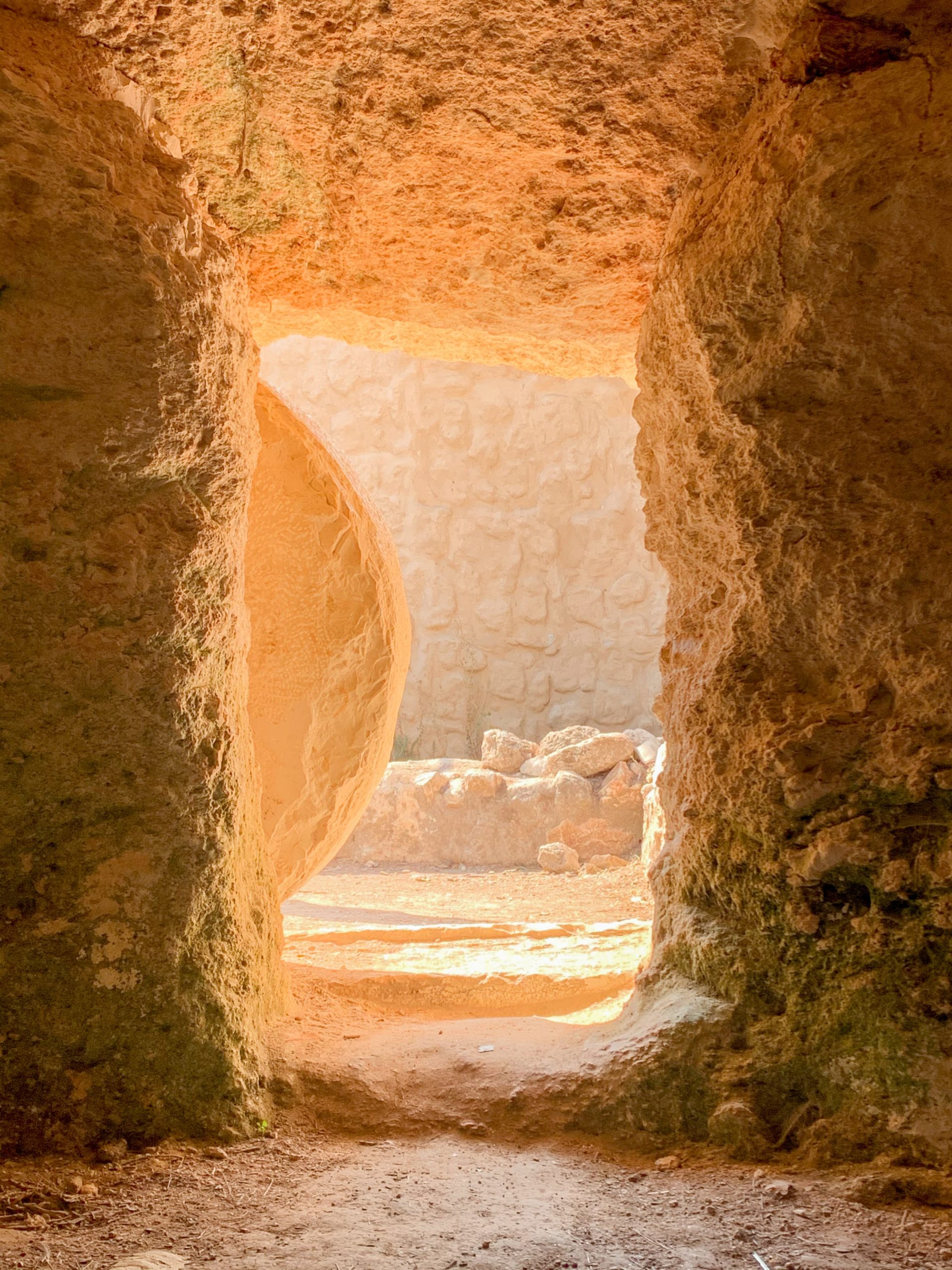 Photo by Pisit Heng on Unsplash

As Christianity spread in the West, it often adopted pagan traditions. ­Eostre was the German goddess of the spring and her name is the root of the English “Easter.” She appears to have been associated with rabbits, likely due to the fecundity of both spring and rabbits. One story connected Eostre (or Ostara) with an egg laying bunny. Some scholars question whether this story is historical but it’s a good story so let me share it.

Eostre arrives late one year, meaning spring arrives late. She finds a bird in the snow with frozen wings. Feeling guilty that her tardiness has caused this problem, she turns the bird into a snow hare that can survive the cold. As a former bird, however, it still lays eggs which further symbolizes the fertility of spring. In some versions of the stories, Eostre and the hare become lovers but the bunny is not faithful because…well, bunnies. Wiccans celebrate her festival on the spring equinox. 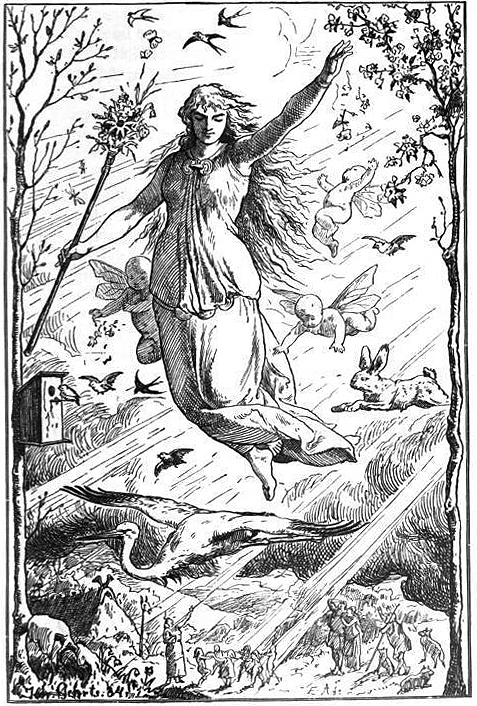 Perhaps conflict between religious communities would be less if we acknowledged how no tradition is alone – each owes something to the traditions they grow out of and interact with.

Happy Easter to all the Christians out there. The story of one who suffers for others is a noble and inspiring one, even powerful enough to have changed human history.

* I am holding a Clubhouse session on anti-Semitism tonight at 8:30pm, along with my guest, journalist Avital Goldschmidt. We’ll touch on the historic roots of anti-Semitism amongst other issues. You are welcome to join if you can. I’d love to see you there.. 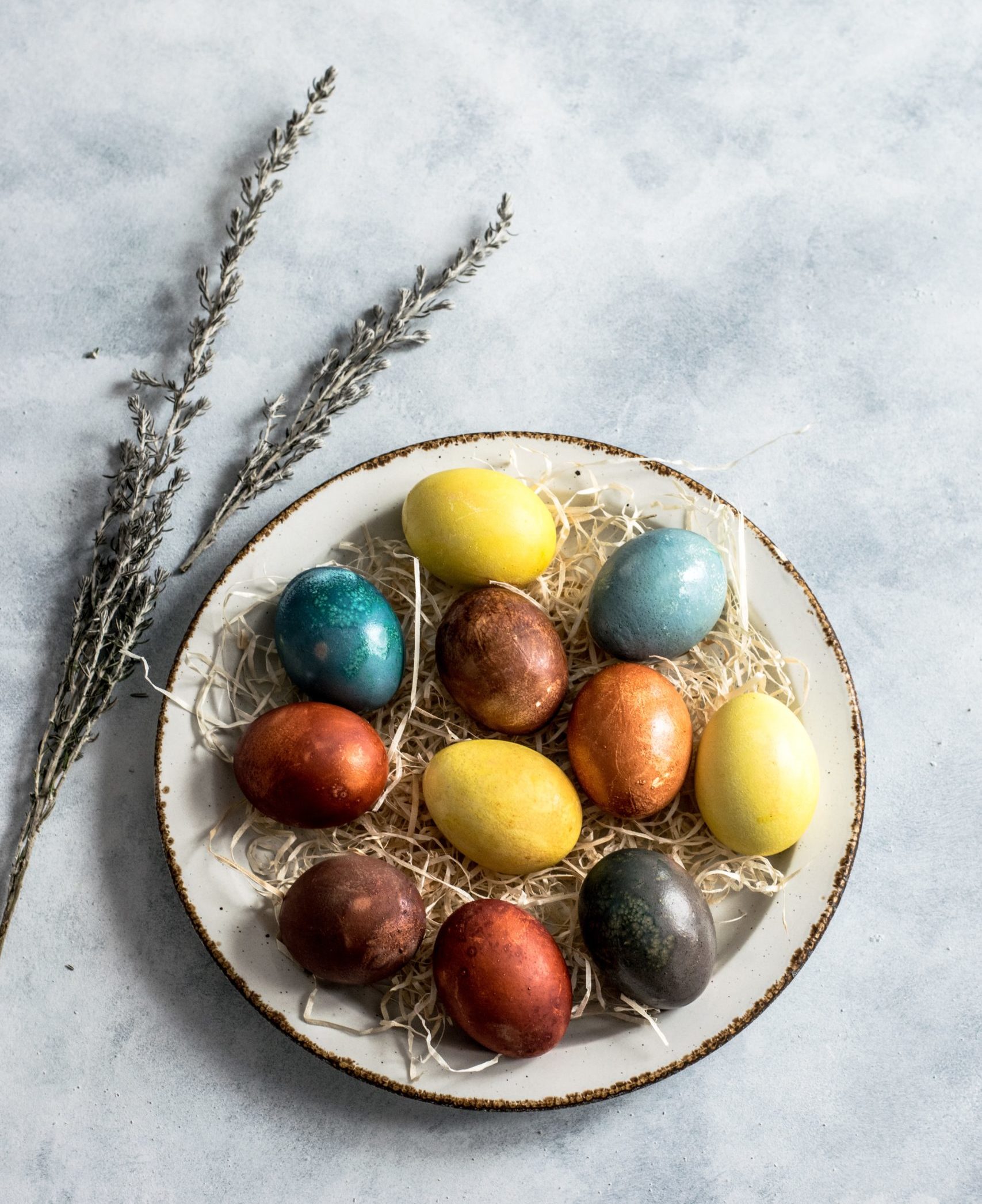 Photo by Monika Grabkowska on Unsplash