We Could Use a Global Hanukkah

Ask a non-Jew to name a Jewish holiday and odds are that they will cite Hanukkah. This is ironic since Hanukkah is fairly minor in the Jewish calendar, certainly less important than the High Holidays (which begins with Rosh Hashanah and ends with Yom Kippur) or Passover. But Hanukkah has gained prominence in Western societies because it’s close to Christmas, which is so culturally dominant that it lifts all boats.

Hanukkah celebrates something we can all value – religious freedom. It harkens back to 165 BCE when a foreign ruler decided to prohibit Jewish religious practices including Sabbath observances and circumcision, while he also inserted Greek statues in the temple in Jerusalem and desecrated the altar. One family rose up and sparked a rebellion in which the vastly outnumbered rebels won. When they took back the temple, the temple had a lamp that must always be kept burning. They only had enough consecrated oil for one day but, miraculously, it burned for eight days, the time needed to consecrate new oil. Hence, Jews celebrate Hanukkah for eight days and light a hanukkiah, a menorah with nine candles (one for each of the eight days plus an extra candle that lights the others).

As Hanukkah ends today, I wanted to share a great article from the recently departed Rabbi Jonathan Sacks, easily one of the world’s most famous rabbis. Writing about the shift to religious freedom in the West a few centuries ago, Sacks quotes a scholar that these Europeans prized religion immensely but changed what that meant to them:

Sacks recounts some of the horrors of religious intolerance and violence in the world today, and universalizes his own tradition’s holiday:

Faith is like a flame. Properly tended, it gives light and warmth, but let loose, it can burn and destroy. We need, in the twenty-first century, a global Hanukkah: a festival of freedom for all the world’s faiths.

Happy Global Hanukkah to us all. 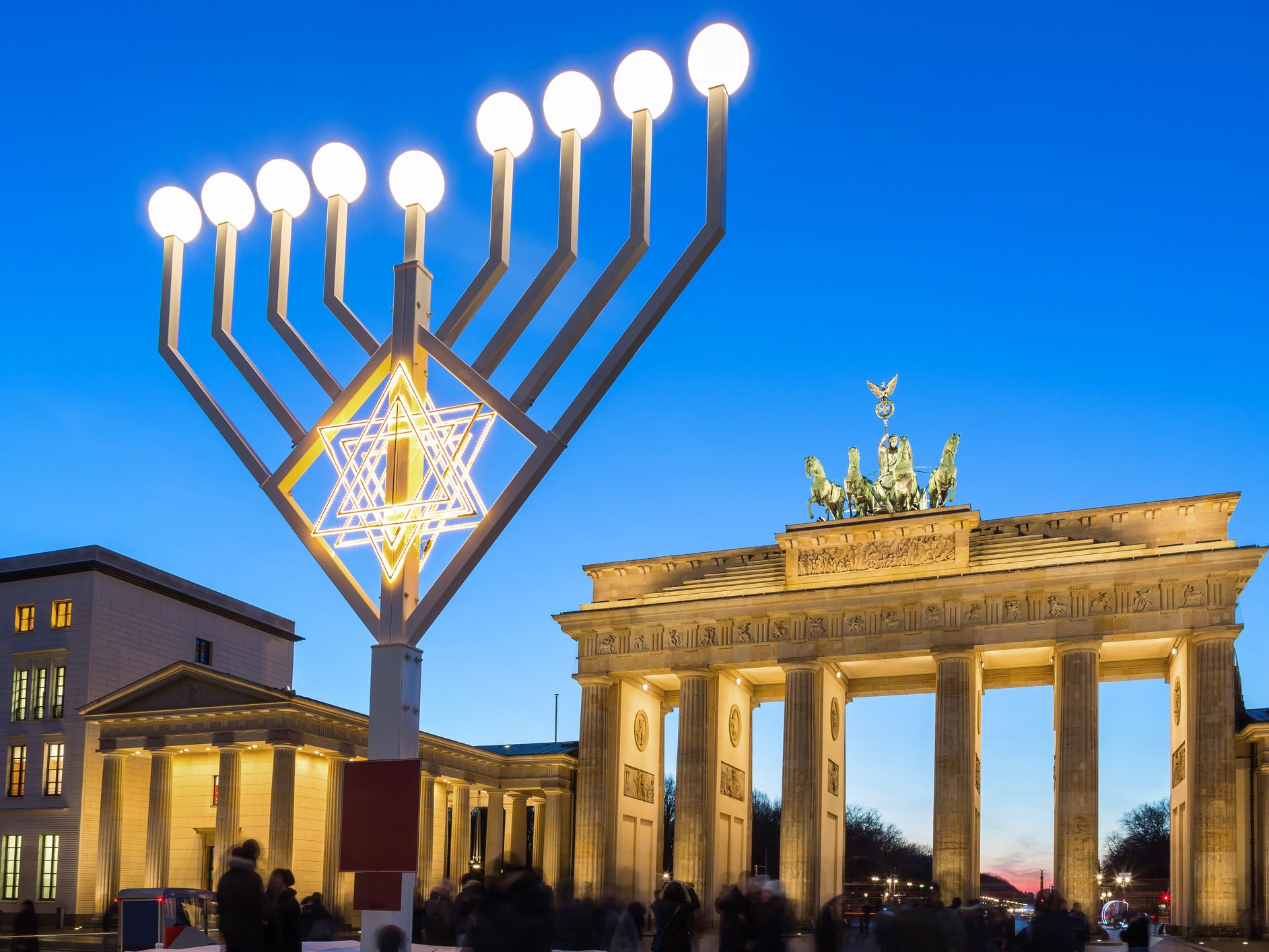 Europe harboured anti-Semitism for many centuries, culminating in the Holocaust. But today, a giant menorah lights up the public square in front of Berlin’s Brandenburg Gate.

If you subscribe to my newsletter below, you get the blog plus a couple other stories I find each week.