Religion in a Time of COVID

The stress of the virus can bring out the best and worst in us. It has similarly brought a vast range of responses from religious communities.

This New York Times piece catalogues the sensationalist – numerous miracle cures and protection against the virus from a Buddhist monk who recommends a lime and three palm seeds, to Shiite Muslims who seek security from a revered figure’s tomb, to American Christian preacher Kenneth Copeland promising to heal people through their TV screens.

Perhaps no community has shined as brightly however as the Sikhs. Sikhs feed people. Many faith communities provide food as a good deed, but for Sikhs, it is more than a good deed. It has been internalized as one of the main practices of the faith. Indeed, what really separates Sikhs on this front is that providing food is part of their identity. It’s not merely a good thing to do – it is what makes you Sikh. You learn it at the guardwara (temple) from the time you are young, working in the temple kitchen – every temple has a kitchen – and serving the devotees.

With this background, Sikhs worldwide have been stepping up. In Calgary, a gurdwara  that I have brought people to, is described in this May article (when society was more locked down) as organizing meals for long-haul truck drivers, for the isolated, and for anyone who expressed a need.

None of this is centrally organized by any worldwide Sikh leadership. It is just expected and put together by local Sikhs in Canada, the US and India doing what Sikhs do. 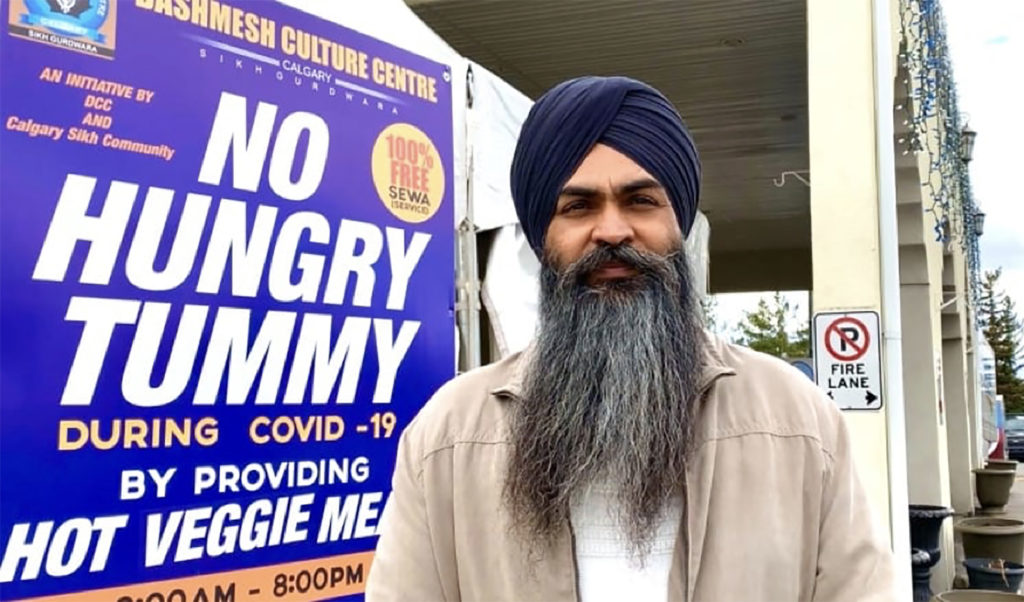