The anniversary of 9/11 is remembered for many things – the shock, the horror, and most of all, for those who lost loved ones that day. It also, however, marked a kind of turning point for Muslims in America and the West generally. Many went from being overlooked, partly invisible, to suddenly being seen as nefarious. The chart below show hate crimes against American Muslims – note the 2001 spike but also how post 9/11 numbers never returned to where they had been before. 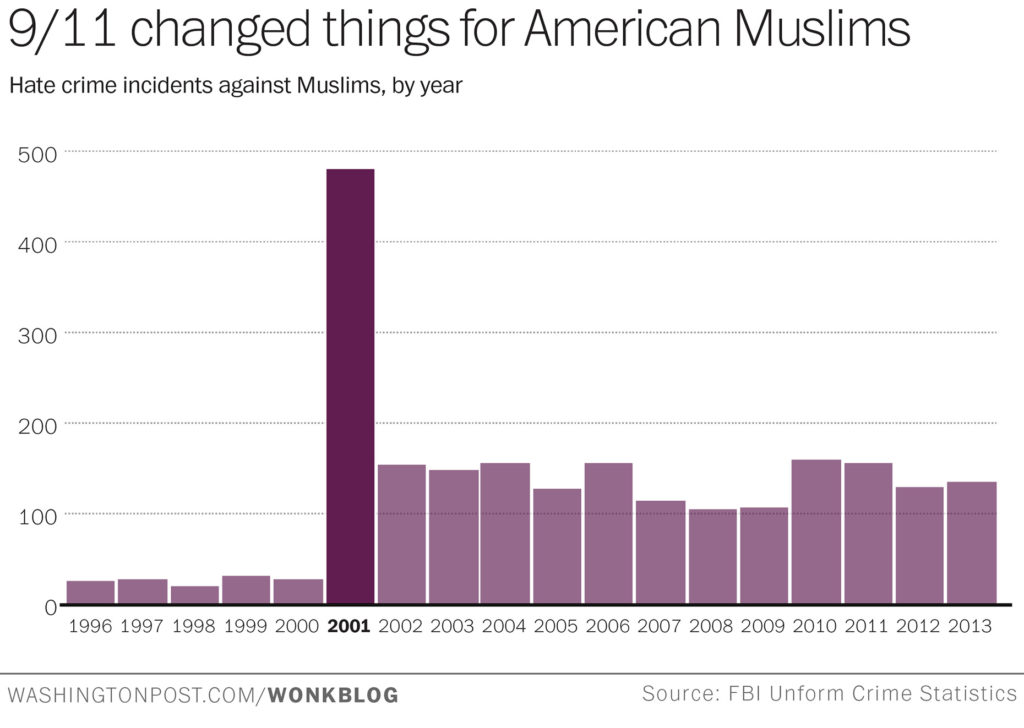 This excellent article by Aysha Khan addresses a related issue, namely the recurring demand for Muslims to denounce terrorism. Her article notes that prominent Muslims have denounced it innumerable times (public statements, press releases, even ‘fatwas’ or legal rulings).

But her larger point, and one I share, is that it is wrong to keep expecting this of Muslims. Your Muslim colleague at work, your Muslim neighbour, the imam of the local mosque, does not know the terrorist who committed atrocity X or Y. They hear of it the same way as everyone else – on the news. To demand some condemnation is to link the average Muslim with the extremist rather than to link them to the wider community of shocked and scared civilians. If a White man kills people, we do not demand that all White people denounce terrorism, nor do we ask it of all men. Why? Because there really is no link and to assert one is to fall into stereotyping.